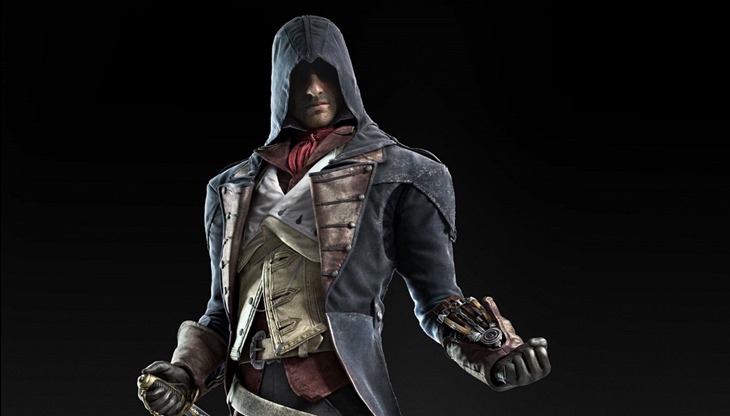 Barring a certain protagonist who had an entire forest stuck up his backside, Assassin’s Creed has featured a likeable cast of heroes. From Altair to Edward Kenway, each character has had their own personality, with a distinctive attitude and approach to being a pain in in the arse for the Templar order. Expect Assassin’s Creed’s Arno Victor Dorian to be a very educated, yet rebellious, new addition to the game.

According to to single-player script writer Travis Stout on the Ubisoft Blog, Arno is a blueblood with an ostentatious habit of quoting from classic books, and his family has been members of the Assassin order for many generations. “He is a very driven young man,” Stout said.

He is haunted by mistakes in his past or perceived mistakes, that he feels he must atone for. He is very devoted to the Assassin Order as an ideal but, at the same time, he is not as impressed with the weight of the long mystical tradition and ancient rhetoric as some of the other Assassins.

He likes to think for himself and make his own decisions. He isn’t the type of person who will believe something just because someone tells it to him. He has a habit of quoting the classics and tends to use humor to deflect when he is emotionally vulnerable, like a lot of people do I think.

We very much wanted him to not be the sort of grizzled bad-ass spouting one-liners that you see in a lot of action movies. We wanted him to feel like an actual person. 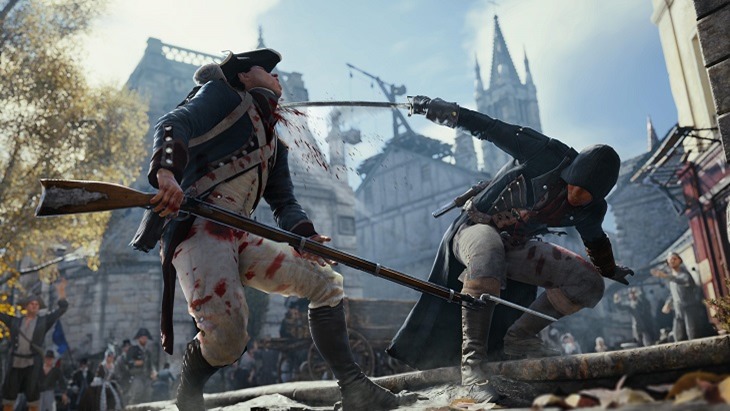 As for story, expect another quest that will be one for the history books, as Creative Director Alex Amancio explained the story details of Unity. “Unity is the first, next-generation only iteration of the franchise, and so we wanted to make sure to go back to our core values and that’s all about a large urban center. It is arguably the most beautiful city in the world, and it’s rich in history,” Amancio explained.

It was a very short time-frame, it happened from 1789 to about 1794 and it started pretty peacefully, but it then degenerated into what was known later as the Reign Of Terror where  thousands of people were being beheaded using the guillotine. It is a very violent period, but it did give us the charter of human rights, the very foundations of the UN.

We really wanted to steer away from having a game about the French Revolution, because if you start doing that, you become a prisoner of the setting and the context.

Beyond the single-player, there’ll be plenty to do in the streets of Paris, in the form of Brotherhood quests and other missions that open up the history of that volatile time period. “We have what we call a Paris quest, these are hundreds of different quests that you can perform in Paris and allow you to learn more about historical characters, historical events,” Amancio said.

And then you have the Brotherhood missions, and these really are the missions that Arno did for the Assassins. These missions you can play from one to four players, and it’s also a really good opportunity to showcase historical characters, important historical events related to the French Revolution and historical monuments.

Maquis De Sade has a role in our game. We have obviously the king, Marie Antoinette his wife, we have Napoleon, we have Josephine. Our game is literally littered with historical characters and historical events.

Assassin’s Creed Unity is out of the shadows on October 28 for PC, PlayStation 4 and Xbox One.