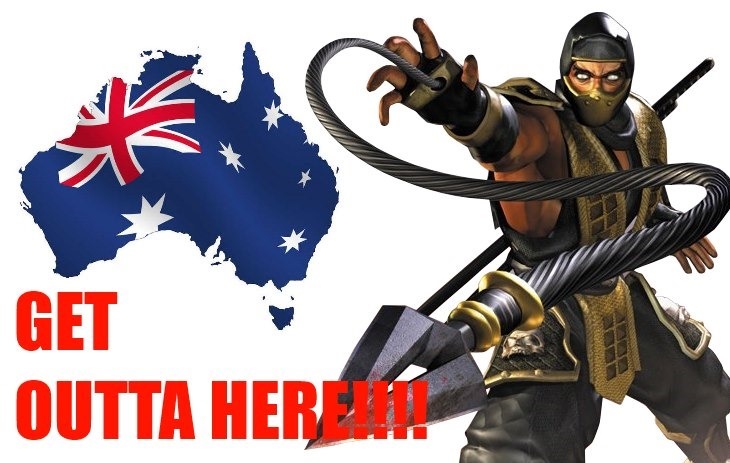 Ah Australia, that dear island country that is populated with all manner of disgusting creatures ready to to kill you at a moment’s notice. And the wildlife isn’t too safe either. It was only recently that the great childminders in the government finally decided that more mature members of society may in fact be allowed to play these evil video games that are developed for adults. It’s been just over a year since the government relaxed the laws around video games but by the sounds of it the entire country has gone to hell in a handbag since then as there is now new legislation being put forward in Western Australia. That’s where nearly all the South Africans who jumped ship live. According to the Australia kotaku the new legislation proposes

“To prohibit the sale, supply, demonstration, possession or advertisement of a R18+ computer game in Western Australia”

What gets me about this is that if you live in WA and in the past few months you purchased a naughty game like Watch Dogs then the government may soon make you a criminal by passing this law. But to be fair to the nanny state they are offering an alternative instead of an outright ban,

“Alternatively, the Act could be amended to make it an offence to sell or supply a R18+ computer game to a minor even if the person selling or supplying the computer game is a parent or guardian of the minor”

I’m all for not selling age-restricted games to minors and that should rightly be illegal n my mind. But I have a serious problem with a government that thinks it can tell me what I can and cannot do with my own children when it comes to media and entertainment options. If I believe my 16 year old can handle Mortal Kombat and can tell the difference between a video game character dying and killing real people then I should be allowed to make that choice. If the above law is passed and you live in WA and buy your teenager Mortal Kombat you could theoretically go to jail and have a criminal record. All of this is in the name of protecting the children from sexualisation in media. I think the Australian government should stop meddling in video games and rather concentrate on seeing how many more boat migrants they can kill and deny all knowledge off. That’s more their thing isn’t it?

Personally, I feel like everyone that started Pokemon Sword and Shield off with Sobble as …