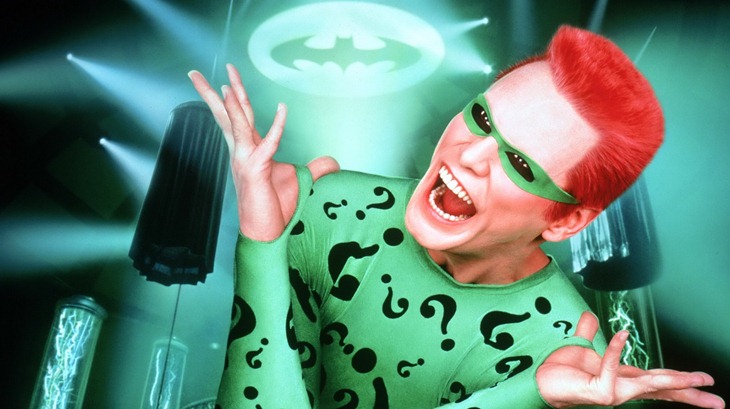 Riddle me this, riddle me that, how many villains does it take to vex a big bad bat? The Arkham games have always had a great cast of villains that harass players throughout their journey and in Batman:Arkham Knight, that formula isn’t changing.

Speaking to GameInformer, Batman: Arkham Knight art director David Hego explained how Rocksteady was attempting to make certain villains feel fresh and exciting for a third tussle with the dark knight. “We tried to add something to the characters, so you’re still excited about them even after meeting them for the third time,” Heog said.

Certain key villains will be returning, including a certain collector who thinks himself high society in the criminal underworld. “In Arkham City, he’s a collector. He works out of a museum and he looks like he’s in the mafia,” lead character artist Albert Feliu said.

This time, we went for autumnal mafia. We took the coat off, and the concept of Penguin was more of a dirty dude. Obviously his shirt is rolled up and sweaty, and he has food stains on it. But still, he’s really powerful. He’s got a golden chain, as well. We had to be a bit crazy with this character, and working with his design. And we shaved his head. He’s proper filthy, you know. It makes you want to punch him even more.

Kind of like Stephen when he posts his speed-test results. Flipping a coin on another old favourite, expect the duality-obsessed Two-Face to also be causing trouble in Gotham. “With Two Face, we thought he was a really strong character already,” Feliu explained.

Half of former prosecutor Harvey Dent was burned by acid, and his clothing has been modified to reflect his scarred exterior and interior. OK, that was Arkham City; what can we do to make him look different, right? We just rolled up his sleeves and made him look really next-gen. We took some references of really filthy, burnt flesh – which is what we do most of the time, which is quite cool – and tried to make him look as badass as we could.

Out of all the villains from the Arkham series however, none of them have been as persistent as Edward Nigma AKA The Riddler. Nigma has been taunting players since the very first Arkham game, and it looks like having all his riddles solved by the Batman is finally starting to take a toll on him, which Feliu explained.

It’s something we try to put in the characters. If you had to work overtime, for example, you would start the night with your jumper on and everything, and as the time went by you’d probably take your jumper off, open your shirt, take your tie off, have a coffee.

The Riddler is a character who has a cool framework, and we didn’t want to change it too much – we like his shirts with question marks and silly glasses and greasy hair.

Naturally, there’ll be a few more familiar faces rocking up, including a brand new villain who operates under the moniker of Arkham Knight. The game is out in October, on new-gen platforms and PC.