I hate being labelled. Being a straight, white male has essentially made me an enemy of thousands online, directly through the actions of a large portion of my mutual cultural pool. I hate that through an association that I have no control over, I’m being discriminated against despite not directly contributing to the problem. I am, however, a proud, straight, white male gamer.

To start, this is an opinion piece by the author indicated and does not represent the views of the publication or its staff.

I have no other say in the matter, because declaring the opposite would imply a hatred of who I am. I can’t do that, but I can acknowledge that through the cultural lottery that is life, I have acquired a benefit in my preferred hobby that should, in principle, never exist.

Despite having no involvement in a new video she posted yesterday, Anita Sarkeesian once again shook gaming social media worldwide with 25 Invisible Benefits of Gaming While Male. It featured an all male cast comprised of some of the most influential media personalities, journalists and game developers in this industry, many of whom I respect and hold in high regard. But this isn’t the reason why I found myself agreeing with nearly every single one of the 25 points made. Gaming for me as a male, in general, is a far more relaxed andworry free experience – based solely on the fact that I was not born a woman.

That isn’t what Sarkeesian’s renowned internet series, Tropes Vs Women in Video Games, is about, but it does go to great lengths to explain why gaming as a female can often be a torturous affair. The gaming market share between genders may be far more even now, but that doesn’t change the fact that the majority of games are still predominantly marketed to satiate a male power fantasy. It’s not as black and white as say, the inexplicable marking off of gender sections in a toy store, but the divide still remains. Gaming falls prey to tropes that originated at a time where gaming had to pick a side to survive,and replicating them in a modern day where no such action is required.

That’s what Skarkeesian targets in her campaign, and it’s brought to light fundamental flaws in game design as a whole that we, as consumers, may have never realized or fully understood. Her videos may not always support her claims with a soundly structured argument, but that doesn’t always matter. What matters is that her points are all still extremely valid, completely viable points. Gaming is often sexist, whether it is be down to the marketing of a product or all the way up at conceptual design. To dismiss that single fact is to compound the problem tenfold.

And it’s for that simple reason why the video above is so important. As a male gamer, I’ve often been afforded benefits that have remained completely invisible to me. I’ll admit that, even in my more mature understanding of sexism in gaming and its reliance on aging tropes, that some of the points still caught me by surprise. At first I felt bad – bad that through a twist of fate I had no control over I was being unfairly lifted higher than fellow gamers and treated differently for no justifiable reason. That sounds terribly self-loathing, but it’s not what the video is actually pushing. 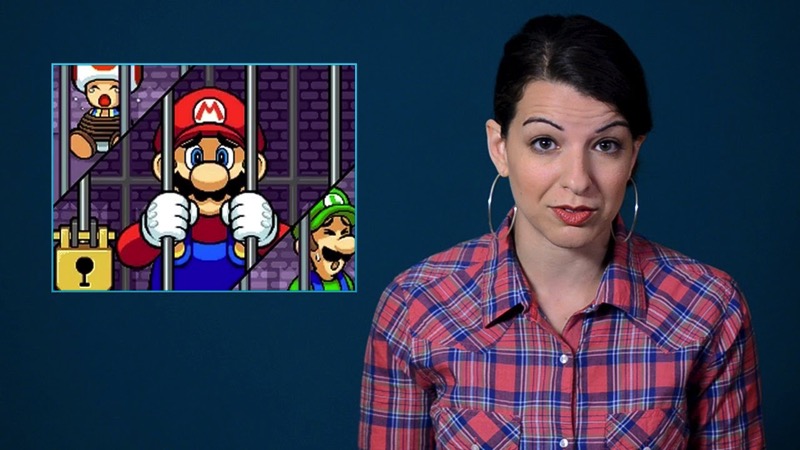 The aim of the video isn’t to make male gamers feel terrible about who they are. If it were, it wouldn’t have been presented by that very demographic. Instead it’s a call, much like Sarkeesian’s own videos, for change. A change that ultimately starts with us as a community. It’s easy to point towards game developers and let them shoulder the majority of the blame, but unless the demographic they’re developing for changes, it doesn’t really matter.

If the gaming community doesn’t fully understand why Game A is sexist and Game B isn’t, then what do design shifts actually achieve? Developers could cast more female leads, and create atmospheres where gender is better represented, but to a community that has been indoctrinated to believe that gaming, at it’s core, is a male hobby, it makes no sense. That attempt at reformation is lost because the people that developers are trying to reform don’t understand that there was a problem to begin with – which is again why Sarkeesian’s work is vitally important, even if not always approached in the best way. Yes, the majority of AAA sales do tip the scales favourably towards men – a factor that publishers can’t ignore –  but could that be because woman feel excluded? Definitely.

These benefits should not be reserved for men. This list is not meant to suggest that male gamers are always treated well. Sometimes we are bullied, or subjected to online nastiness. But it’s not based on or because of our gender.

It’s essentially what the video leaves as a final message. Male gamers aren’t immune to the common nastiness that is packaged with gaming, especially online, but none of this is directed towards us because of our gender. And without identifying this as an underlying problem, it will continue to spread.

In order to make change, first we need to acknowledge the problem. And then we must take responsibility for it as a community, so we can actively work together, with people of all genders, to dismantle the parts of gaming culture that perpetuate these imbalances.

In principle it’s very easy to dismiss a checklist such as this and just wish that everyone would get along and play the games they love. What’s not easy to understand is that such a dismissal goes against the very idea you hope to see. Ignoring or, even worse, arguing against the existence of benefits attributed to male gamers undermines the efforts to transform our community into a more understanding one, ultimately destroying the hopes of ever having an environment where everyone is truly comfortable.

If you still find yourself brushing off claims of sexism in gaming but still hope to see a time where everyone can truly just enjoy the game they want to play, then I implore you to consider if that’s something you actually believe in.

I want to be part of a community where if I’m labelled at all my only label is that of being a gamer – nothing more, nothing less.