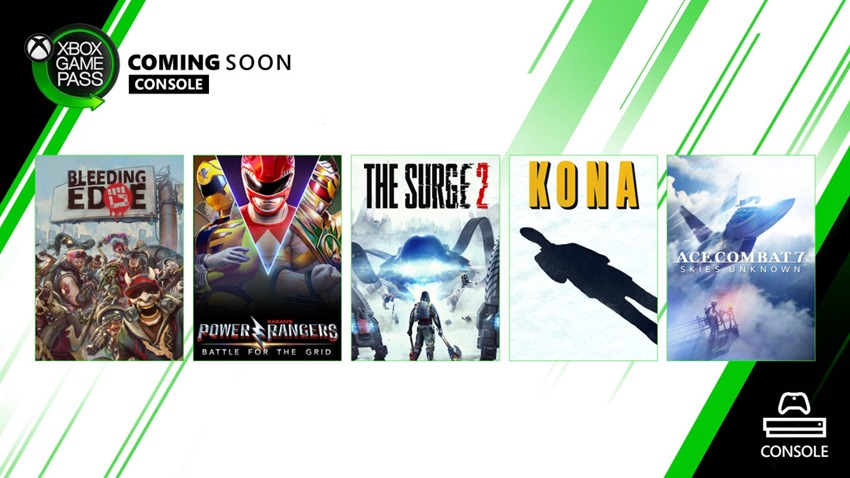 Microsoft’s got a bunch of new games headed to Xbox Game Pass, and they’re good ones! Over the next couple of weeks, you can expect the library to be refreshed with the likes of Ninja Theory’s Bleeding Edge, Power Rangers: Battle for the Grid, Astrologaster and The Surge 2. Bleeding Edge has been rocking in beta for a while now, but it looks like Ninja Theory’s class-based 4v4 multiplayer third-person action is finally ready to rock and roll proper.

Which is terrific, because this studio deserves all the love for what they’re currently doing. As a Microsoft studio, you can also expect Ninja Theory’s Bleeding Edge to be around for a good long while, as the studio fine tunes the experience in the months and weeks to come. Astrologaster is also well worth checking out, not only for its quirky choose your own adventure design but also for one of the most oddly enchanting soundtracks ever produced for a video game. Seriously, listen to this:

Power Rangers: Battle for the Grid? To be honest, I didn’t hear much about the game that got me hot under the Morphin grid collar, but apparently it has improved since it first launched so it might be worth a look if you want to smash a few Putty Squad faces. Also, let me play as Bulk and Skull, dammit. The Sure 2 is easily the biggest game in the upcoming offerings, with Brad having recently and gentle raved about Dark Souls but sci-fi:

The Surge 2 does enough to tweak the formula of the original to iron out some of the creases that plagued the original game, these improvements overshadowing the game’s hit-or-miss writing and occasionally recycled content.

Here’s the full list, in and easy to digest format:

And here’s what’s leaving Game Pass to make way for these new games:

In other news, Microsoft is also rolling out a new feature for Game Pass. Called Perks, these will be new benefits exclusive to Xbox Game Pass Ultimate package subscribers, ranging from exclusive in-game content to proper DLC drops. Here’s what’s coming to Perks according to Xbox Wire: 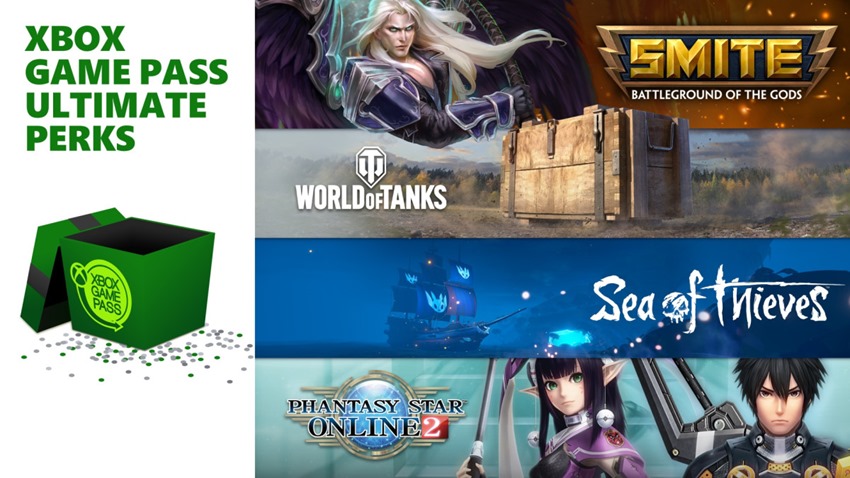 Enter the world of one of Japan’s biggest online RPGs with a special content bundle, which includes unique emotes, in-game cosmetics including an Xbox jacket, a gold ticket Mission Pass and in-game currency with a Meseta Crystal. Available to members in the US and Canada only.

A global multiplayer free-to-play game dedicated to tank warfare in the mid-20th century. Start your journey with three powerful tanks and more!

The essential pirate experience, from sailing and fighting to exploring and looting – everything you need to live the pirate life and become a legend in your own right. With Perks, you get a free Ori-inspired Ancestral Sails, Figurehead, Hull, and Flag to adorn your ship.

Become divine in the #1 MOBA on Xbox, with a bundle that unlocks five Gods, special character skins and voice packs so you can ride into the battle of the Gods in style. With Smite, join a community of 30 million players and defend your portal in showdowns in the Collesium.

So far Perks seems to only be available to Xbox One console owners, with no word yet if PC subscribers will receive these benefits as well.