Home Gaming Bloodstained: Ritual of the Night is Castelvania in everything but name 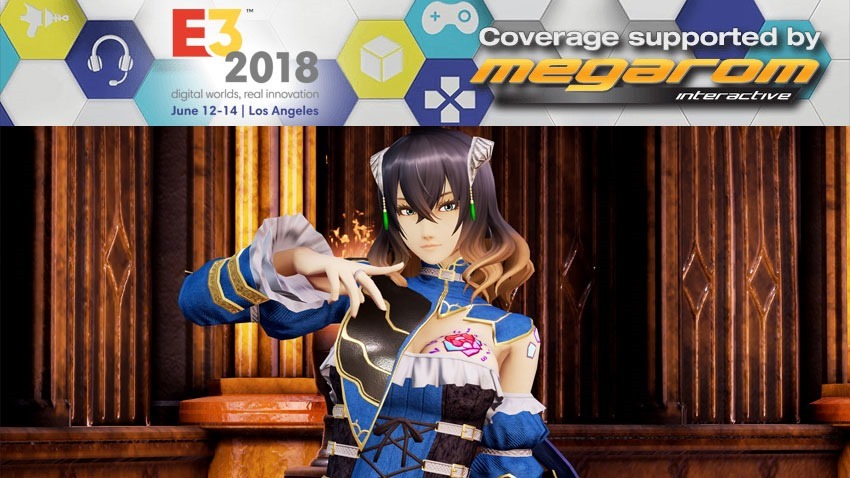 Symphony of the Night is the quintessential Castelvania game, and one of the very best games of all times. Sure, it’s portably been surpassed by later games in its own franchise, but there’s just something magical about the game that started the formula.

While there are no Belmont’s and its devoid of anything resembling the name, Bloodstained: Ritual of the Night sure plays, looks, and feels like a classic Castelvania game. It isn’t quite an old-school 2D game, instead given a bit of modern flourish with its 2.5D presentation, but that hardly matters – especially given that Konami, for reasons unknown, hardly seems intent on cashing in on an undeniably great IP.

It’s a game that I’ve personally been apprehensive about, given how kickstarted games that riff on nostalgia have a habit of becoming tepid disappointments, but I can honestly say that whatever trepidation I may have had is now gone.

The demo I played started things off in a leaky ship, with crystal-afflicted heroine Miriam traversing the ship until coming face to face with a giant, tentacled boss monster. Before that, there was lots of exploration through the ship, with the level designs extending both horizontally and vertically, with a fair bit of backtracking as well. While I didn’t acquire any special items that aided my traversal, I did get to use many different weapons and abilities, including a whip (of course!), many swords, rapiers, daggers and other bladed weapons, and a pair of Kung Fu shoes. What was quite nice with those is that a Street Fighter-esque quarter circle forward attack with them equipped unleashed a more powerful attack, something I was told applied to some other weapons as well.

While the level design in the ship itself seemed good, it wasn’t particularly taxing, with the squid-like monsters, slimy masses of goo and odd flying creatures hardly posing much of a challenge. That changed with the boss fight though, whose varied attacks meant I had to use my cache of healing potions (along with regular back dashes) to best. If I’d had a little more than 20 minutes to play the game, I’d probably have tried to memorise attack patterns, but given the limited time I had, brute force was the only option.

Sure the whole experience may be a little derivative, but when you’re copying from yourself, is it really plagiarism? Either way, Bloodstained is likely to delight fans who can get past the relative lack of gothic icons like Dracula and Alucard. I will say that the 20 or so minutes I had to demo the game absolutely flew by, leaving me sad – and definitely wanting to play more.