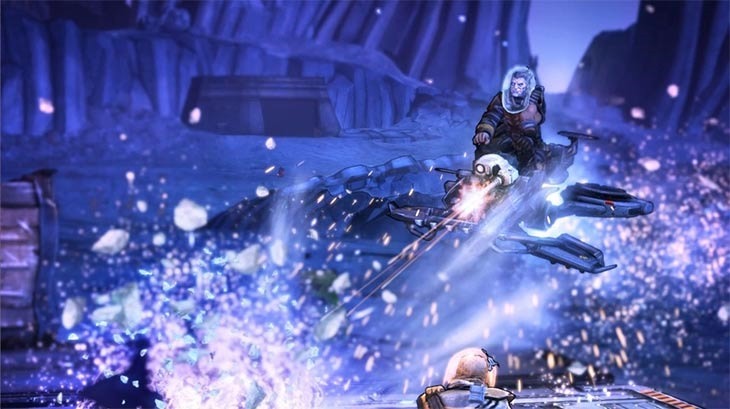 When Borderlands: The Pre-Sequel! was announced, I had written it off as a blatant cash in on a popular franchise. Gearbox wasn’t doing development itself, handing the reins over to 2K Australia. For a long while, I remained unconvinced. And then I saw a trailer for the game that turned my opinion around completely.

It’s the same one Darryn saw at E3, and we recently got to see at a presentation. It’s a list of 10 tips for hitting Borderlands and surviving on Pandora’s moon from the man himself, Handsome Jack. Watch it, it’s awesome.

Borderlands: The Pre Sequel! is set between the events of the first games, and tells the story of Handsome Jack’s rise to infamy as the hilarious megalomaniac we’ve all come to know and love. In this one though, he’s a little younger and a little less of a jerk – but just as hilarious.

For those without video capabilities, a less snarky Jack doles out a handful of tips to make killing things on the moon a little easier. He details new abilities like the butt stomp, laser weapons and running about like you’re [redacted for fear of a lawsuit from Marvel].

There are two particular lines in this trailer that had me cracking up, but I won’t spoil them here. Just watch, and tell us if anything made you giggle.

Borderlands: The Pre Sequel! is out in that craziest of months, October. It’s out on PC and the old-gen systems on October 17.