Home Gaming Bruce Campbell is picking up his boomstick again for Evil Dead: The Game 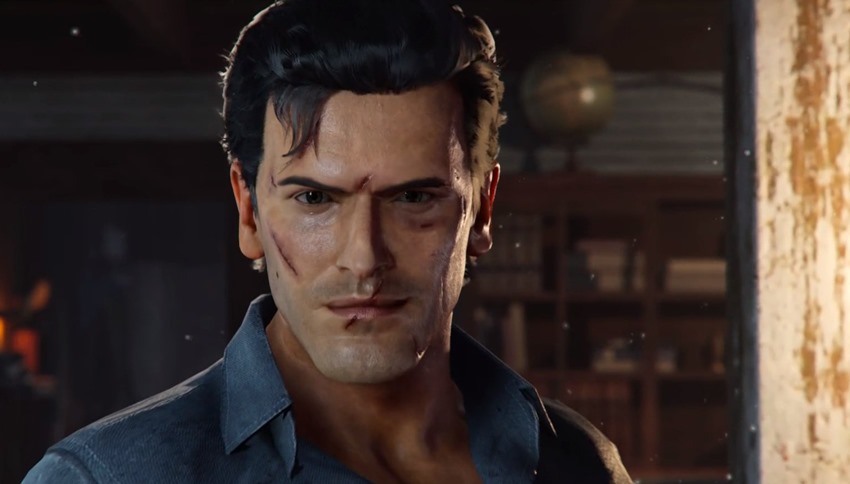 Evil Dead has always been the perfect vehicle for a video game. A protagonist with a chainsaw for a hand, armed with a boomstick, and a deadly arsenal of quips? Groovy. Over the years there have been a few games based on Sam Raimi’s demented imagination, such Evil Dead: Hail To The King on PlayStation One, Evil Dead: A Fistful of Boomstick and Regeneration on PS2, and a 2018 Oculus Go game.

They’ve…not been very good games. A pity, because Bruce Campbell’s character of Ash Williams deserves better. He’s horror movie royalty, whose tale wrapped up over the course of three seasons in Ash Vs. Evil Dead. Campbell officially hung up his shotgun once that show got the chop, but thanks to a new video game on the horizon that doesn’t require him needing to slip into a combat girlde, he’s ready to make a return.

Evil Dead: The Game was announced at The Game Awards last night, for PS5, Xbox Series X|S, PS4, Xbox One, Switch, and PC. It’ll be out in 2021 and features a both co-op and PvP gameplay as players work in teams of four to to seal the breach between worlds. Or you can take control of a powerful Kandarian Demon to hunt Ash and pals, possess Deadites, the environment, and even the survivors.

Yes it’s another 4V1 game, but I’m not getting any Evolve shudderings here because Saber Interactive and Boss Team is handling this project. If the name rings a bell, it’s because Saber Interactive was the studio behind the excellent World War Z multiplayer game. And ,er, WWE 2K Battlegrounds. “I’m excited to be strapping on the chainsaw one more time,” said Campbell in a statement.

Boss Team and Saber Interactive are planning a huge immersive dealio, and I knew I had to come back. You’ll be able to step into my shoes and kick some Deadite ass!

…I’m starting to think that only some of that quote was actually uttered by Campbell, due to the big “How do you do fellow kids” energy I’m picking up from it. The new Evil Dead game will be out in 2021, along with a BUNCH of other 4v1 shooters.