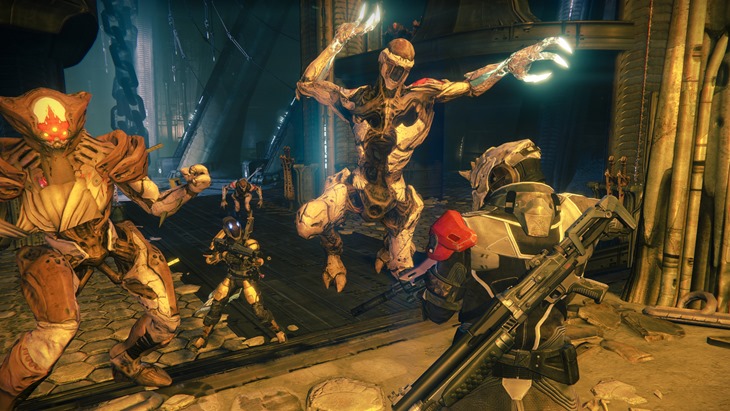 Last week more than a few Xbox fans invaded the official Bungie forums to express their anger over Destiny’s exclusive DLC. Content which would only be available on Sony’s platforms. At least for the next year or so.

They weren’t happy at all, saying that Bungie had turned their backs on the fan base that had made them famous in the first place. A bit over-dramatic, considering these type of content exclusive deals happen all the time on both sides. Either way, Bungie felt the need to set the record straight with their Microsoft fans, stating that there was no misplaced love after they left the Redmond giant.

One particularly angry fan said that Bungie now hates the Xbox, something which they say couldn’t be farther from the truth. Community Manager David Dague posted an official response to the outcry on the studio’s website over the weekend.

“Loving a good game and the hard-working developers who create it is not a console exclusive. Bungie has embraced many different platforms in our storied history. We have a hard time sitting still. Our goal has been to create amazing worlds and fill them with as many passionate people as possible. What we would tell you is that, if you want to explore the world of Destiny, it was built with you in mind. We make games here at Bungie. We love the people who play them equally.”

Despite this, Destiny has really affiliated itself strongly with Sony’s platforms, offering exclusive content, earlier beta dates and even an exclusive Alpha trial last month. It’s easy to see why some fans feel hurt, but it’s even easier to see that most of the people complaining don’t have the most rational thought process.

Xbox fans will still get into the beta, and eventually they’ll get all the exclusive Sony DLC too. There really is no major issue here.