I have two main indie topics for you today and they are rather related. Cadence’s Kickstarter has failed to make target, which means that they don’t get any cash and will have to resort to other means to finish the project. Meanwhile, Mike Bithell has released a bunch of comments about how to be a successful indie with funding and advice for dealing with the press.

I adore Cadence and really want to play it one day. That’s why I was one of 526 who backed it on Kickstarter. Unfortunately, with £9 353 raised, Cadence failed to reach its goal of £25 000. We can deconstruct the campaign and where they went wrong, but I suppose it doesn’t really matter – they will need to go another route to get the game made. So, they’re launching Noodle Starter. 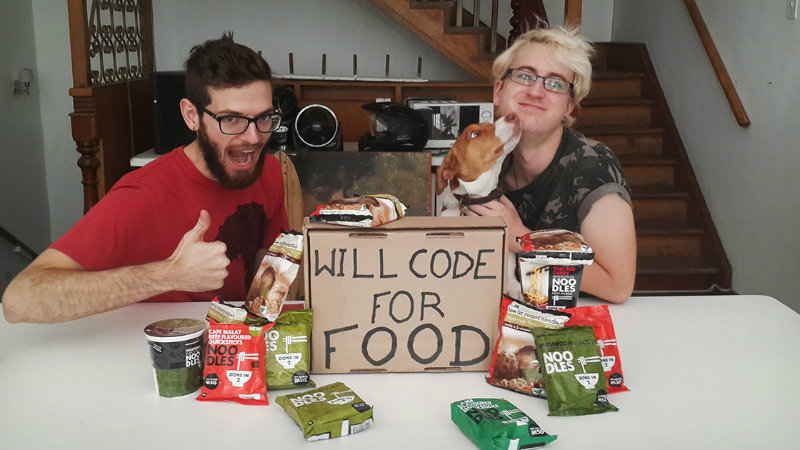 Despite the fact that I disapprove of spending on Woolies noodles (they’re horribly overpriced and you could get much better and cheaper Nissin noodles), this should hopefully teach them about reaching out and promoting themselves. By accepting money at any time, they will need to keep their Noodle Start campaign active and make it interesting for people. Also, hopefully they will explain exactly what needs fixing to make Cadence ready for launch – I’d happily play the game in its current state, so what needs doing still?

Gamasutra wrote about the financial expectations of ‘going indie’ and it’s an important read for anyone looking to go into game development. Daniel Cook’s quote was used in a Mike Bithell tweet and it’s particularly relevant considering Cadence. He explains that the games industry isn’t really a meritocracy, rather it’s all about reputation and how culturally relevant your brand is. As a result, we are seeing some major issues from new developers hoping to make it big:

“Business development is a particularly interesting example. In our rush to see games as ‘art,’ we imported a lot of shallow, stereoptypical concepts about what art is and how artists should behave,” Cook continues. “The media, the schools, and many developers are at fault here. There was never a real critique of the fine art industry as this $66 billion business machine that uses ‘artists’ as cheap disposable labor in the service of crushingly-powerful institutions. In another industry, we’d have labeled the folks making games on new digital platforms as ‘entrepreneurs,’ but because of the rush to be ‘art,’ mere discussion of business takes on a negative tinge. The result is a lot of very poorly-equipped folks trying to run businesses for the first time.”

Bithell followed this up with some important comments and advice to developers:

There’s a reason I am at great pains to continually remind people that TWA was made while holding down a FULL TIME JOB. And TWA is outlier.

Please. Don’t quit your day job. Make something small that allows you time to pay your bills. And even then, odds are against us all.

Independent game development is hard, and more likely than not your game won’t be a massive hit, even if it deserves to be one. That’s why developers need to find a way to pay their bills while making games. No, it’s not easy, but entrepreneurial endeavors rarely are.

Of course, indies will need exposure to be successful, which is why this article about how indies should deal with the media could be useful. Explaining things like knowing what you want to say, refusing to answer questions on specific topics and talking in soundbites, it’s all useful information for the budding indie. Of course, the first step will always be to build relationships with the press, a skill that is still lacking for many indie developers.

Looking to pick up some cheap indie games? You could do worse than heading to Humble Bundle for their latest mix of games. Or, if all this talk about indies and business is making your head spin, just head on over to Bundle Stars and pick up the Zen bundle and relax.