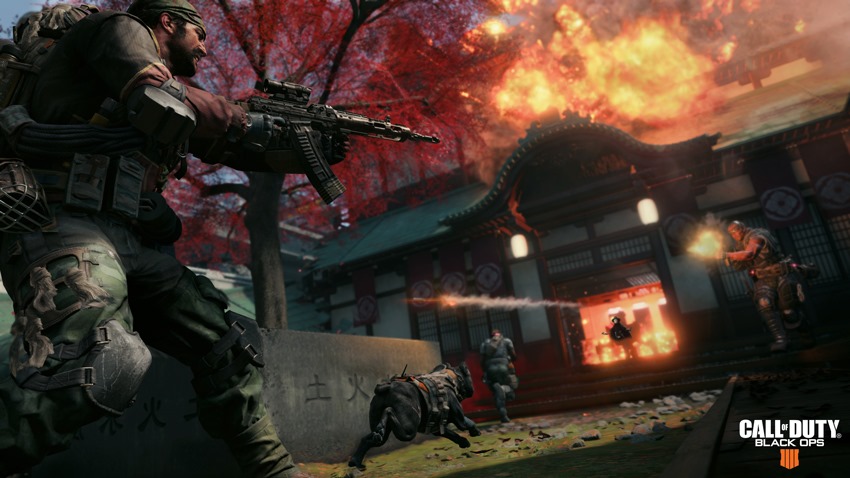 I may like Call of Duty’s multiplayer, but I sure as heck don’t enjoy it. Thanks to the fact that I was blessed/cursed with two left thumbs, my skill at multiplayer is usually more lacking than my ability to grab groceries from the top shelf at a supermarket. On console, I can’t even make it past the main menu before I’ve been blasted six ways from Sunday by an assortment of killstreaks, as I always seem to get lumped in with player whose precision with a controller borders on godlike.

I don’t think I’ll ever touch the PC version of Call of Duty: Black Ops 4, especially when monsters like this lurk in the game:

By the way, that’s Battlefield V core gameplay designer Florian Le Bihan who got a banning for being too damn good at the game, as players reported him to Treyarch under the assumption that he had been using aimbots to hack some insane kills in Black Ops 4. Anyway, the point here is that PC and console gamers in Black Ops 4 operate under different styles of play and loadouts.

Known as the “metagame”, certain tactics and skills used on either platform makes for a higher chance at success. On PC, the most popular meta currently is for players to equip a Saug 9mm Operator mod and go to town with a weapon that is still devastatingly effective even without the ability to aim down sights.

The combo is perhaps too effective, as Treyarch’s latest PC weapon balance update has resulted in a further increase to the spread of bullets when firing from the hip and has also lowered the maximum damage possible from a falloff distance. “For our PC players, we’d like to clear up any confusion around the state of weapon balancing on PC vs. console,” Treyarch said in a reddit thread.

The first phase of weapon balancing changes exclusive to the PC build has rolled out in today’s PC game update, including changes to the Saug 9mm Operator Mod, the Koshka sniper rifle, and the MOG-12 shotgun, and more weapon tuning changes to the PC meta are coming in a future update. While many of the changes included in this week’s Multiplayer balancing update for consoles were applied to PC on Wednesday, others were already in place on PC before the patch. Please keep an eye out for separate PC-only updates from /u/TreyarchPC for everything you need to know.

The Koshka sniper rifle has now been buffed to be an actual viable option in Black Ops 4, giving the weapon an instant killshot on headshots and the upper chest. Meanwhile, the MOG-12 barrel choke attachment has seen its efficacy dampened in the field according to Eurogamer. Nice stuff, and not a chance will I ever try my hand at the PC version of any first-person shooter, even when the scales have been balanced on that side.

Mouse and keyboard? I’m cant evening so hard right now that I’m turning into one of the girls from Clueless.