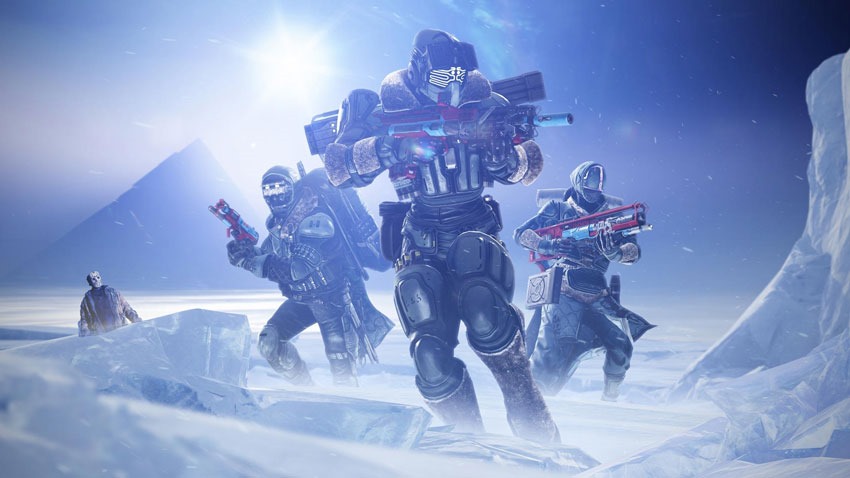 Even before a pandemic changed the landscape of everything that we knew about socialisation, shopping for physical copies of video games wasn’t exactly high on my agenda. Unless they were Pokemon games but that’s a whole different hang-up. With the launch of this new generation of gaming, the idea of digital adoption is taking another big step forward.

The PlayStation 5 arrives in a digital edition package, while the Xbox Series S also forgoes the disc drive in favour of a purely digital experience. On launch day, that meant that gamers were downloading a lot of new and old gaming content to their new devices. Internet usage in the UK spiked harder than a volleyball serve (I started watching Haikkyuu on Netflix), with Destiny 2 and Call of Duty being the primary culprits that almost murdered the UK internet on November 10, according to the BBC.

Destiny 2, which had to be redownloaded entirely for the Beyond Light expansion that actually shrunk the game down, already measured in at over 60GB while the new Call of Duty was over 130GB of size in pre-load format. Then there was Assassin’s Creed Valhalla which also took up dozens of gigabytes of space and had its own massive day one patch of 8GB for the physical version, straining fibre-optic lines around the corner. And making gamers with ADSL connections weep at having to wait until next Xmas to play Yakuza: Like a Dragon as the download started.

British internet providers such as BT, Virgin Media, TalkTalk, Vodafone, City Fibre and Zen Internet all had to cope with a massive demand in service, eventually leading to the rest of the UK experiencing slower internet just so that gamers could get their pew pew on. It’s going to become a regular occurrence on either side of the pond, as video game sizes have only ballooned in recent years.

Call of Duty, which you may have to download twice because the PS5 automatically downloads the PS4 version of a cross-gen game first don’t ask me why, already has a hefty download size of around 200GB. Doing that digital grab twice, is going to result in some strained fibre-lines.