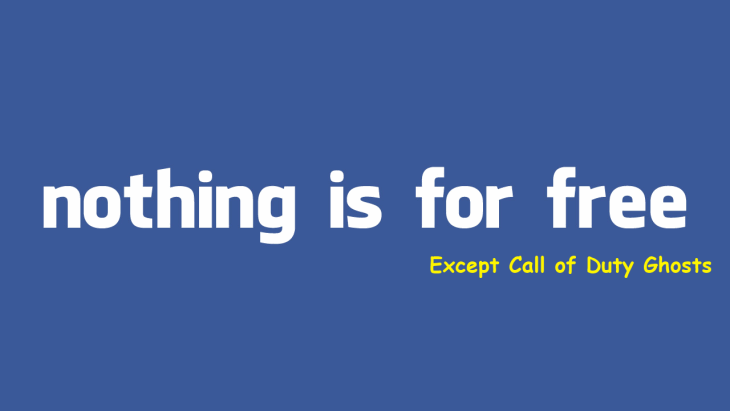 In a surprising move Activision has revealed that they will be offering a free multiplayer weekend for Call of Duty: Ghosts this coming weekend for all those who don’t currently have the title.

Free multiplayer weekends are great ways for people to experience the online ability of a game before laying out the cash to buy it. They’re also great ways for companies to ambush the upcoming release of a top title…like say TitanFall.

However the online experience on offer isn’t the full experience that you will have in Ghosts as it will only include 3 maps and 3 game modes.

You will be able to play team Deathmatch, Search and Destroy and Domination on Prison Break, Warhawk and Strikezone. You will also be given a limited taste of the extinction gameplay mode. As the quick-witted amongst you would likely have realised these playlists and players won’t be thrown into the main pool so it’s not going to be an easy weekend of ranking up against clueless first-timers unfortunately.

The free weekend is only applicable for Xbox 360 and Xbox One owners and you know you’re going to need a Xbox Live Gold membership to play.

What I would like to know though is whether or not the weekend applies to Xbox One owners who have a copy of the 360 version? It may be a good time to do your own personal comparisons between the two versions and finally make that upgrade if you think it’s worth it.

Desperados 3 and System Shock are getting demos, Far Cry 5 free to play this weekend