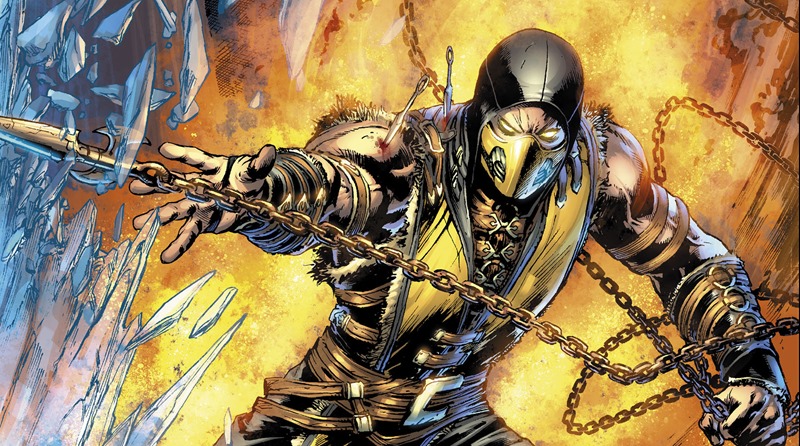 Mortal Kombat X is so close, I can almost taste it. And I’m not saying that because I have a habbit of chewing on my Sub-Zero action figure when I’m bored. It’s been a couple of years since the game was successfully rebooted in a core ninth instalment. It’s been even longer in Mortal Kombat X however, as 20 years have passed since MK9. So how does one keep up with the Kabals? With a comic book tie-in of course.

You can grab the first chapter right now of the comic on Comixology and Google Play for under a dollar. Or you can wait until January 14 for print editions. The comic is helmed by writer Shawn Kittelsen, who worked with NetherRealm on Injustice: Gods Among Us. “Our stories take place several years before the game,” Kittlesen said to IGN, of the setup for the comic.

There are 25 years between MK 2011 and MKX, so we’re somewhere in the middle of that timeline. This allows us to meet some of the newer characters while they’re still in their formative years, figuring out who they are and why they fight, as well as check in on the classic characters.

I bought it this morning and I gave it a read. And it’s good! Kittelsen knows his Mortal Kombat, and the first issue has plenty of Easter eggs sprinkled throughout it that Mortal Kombat fans will pick up on. Little details like that combined with fine art, make for a book that I can appreciate. Plus, Dexter Soy’s art easily sells the book for me. It’s vibrant, wonderfully gory and atmospheric.

As for Mortal Kombat X itself, the game arrives in April. I can’t wait for it to…get over here.