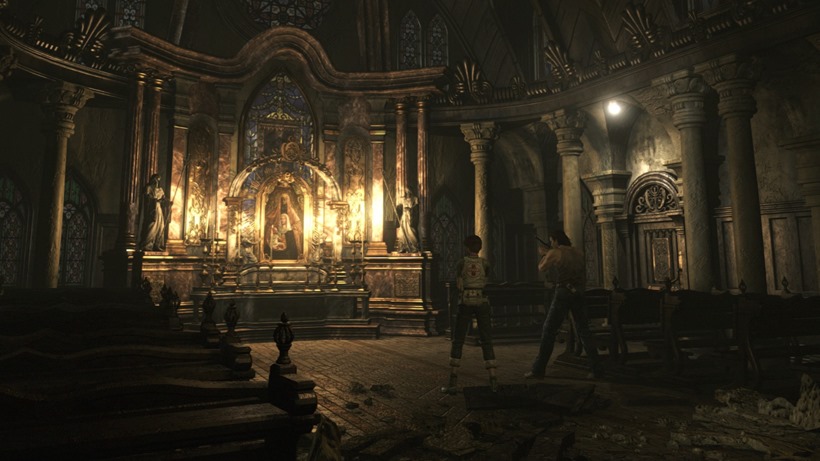 You get a remaster, and you get a remaster and EVERYBODY GETS A REMASTER! That seems to be the mentality of many developers lately. Instead of working on a brand new IP, they’d rather give their older titles a quick spit and polish for a quick PROFIT. Personally, I’m not a fan, at least not when a 2-3 year old game is getting such treatment. What I don’t mind though are much older gems getting some HD loving. Resident Evil 0 is one such example.

I mean, it makes sense in my head. The prequel to the very first Resident Evil was announced for the Nintendo 64 back in 2000 – over 15 years ago. Due to storage limitations of the cartridge, the project got moved to the Gamecube and eventually released as Resident Evil 0 in 2002.

Resident Evil 0 only launched on the Gamecube, and later got released to the Wii (in 2008). Let’s face it, not everybody is a fan of Nintendo, so there’s a whole audience that missed out on that very first zombie adventure preceding the mansion incident. I never got to play it myself, and I would love to experience it with a modern visual upgrade. Count me in for the HD remaster!

Take a look at an early prototype version of Resident Evil 0 that ultimately became the 2002 fan favorite. Then, see that modern classic reborn in 2016’s HD remaster!

Awesome right? I can’t wait to get my hands on it when it launches early next year! It’ll be landing on PC, Xbox 360 and One, and Playstation 3 and 4.

I’m sure many people are waiting for Capcom to go back even further though. Resident Evil 1 has already been remade and re-released a bunch of times. 2 and 3? Nothing. I would love it for those to get some modern loving too! In the meantime, I’m content with looking forward to playing through the story that details the very beginning of the entire franchise.