Home Gaming Check out the gameplay of Lego Batman 3: Beyond Gotham 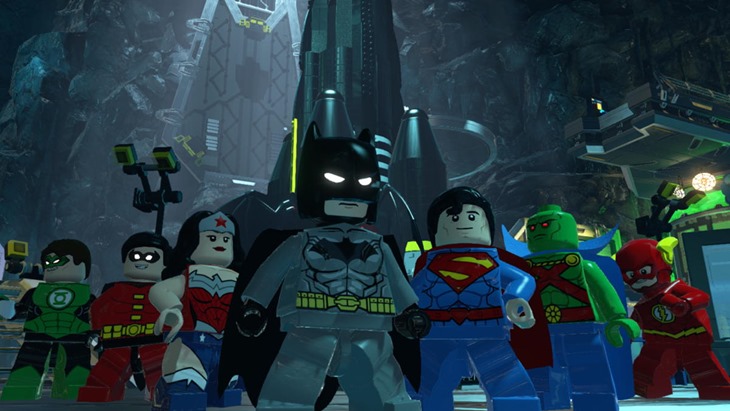 Batman! Superman! Wonder Woman! The mighty trinity of the DC Comics Universe may have vanquished gigantic robot apes, super geniuses and universal death gods, but they may have met their greatest foe in the upcoming Lego Batman game. And that’s the dreaded fiend who leaves a four-stud Lego block on the floor, waiting for it to dig into your heel. The maniac!

Here’s a look at the gameplay of Lego Batman 3: Beyond Gotham. If you think that this game is in any way similar to the previous Lego games…then you’re most likely quite right.

If you haven’t played a Lego game in the last couple of years, the formula for all of them is pretty much the same. Fight, clobber and deconstruct your way across levels, earn Lego coins and assemble some manner of gizmo to help get you past an obstacle. It’s most likely a formula that won’t see too much change in the third Lego Batman game, and I’d bet easy money that it plays very similarly to last year’s Lego Marvel Superheroes.

In other words, more of the same, but with a ton of faces added in for good measure. But faces belonging to Warner Bros, and not Mickey Mouse that is. And really, I’m okay with that because I’m a complete sucker for this kind of game. By the look of things, that means that players will have the entire Justice League to play with (Batman,Superman, Wonder Woman, Cyborg, Martian Manhunter) and a few villains as well.

Also, Adam West in this game. And as official Lazygamer wannabe Batman, that has me sold.