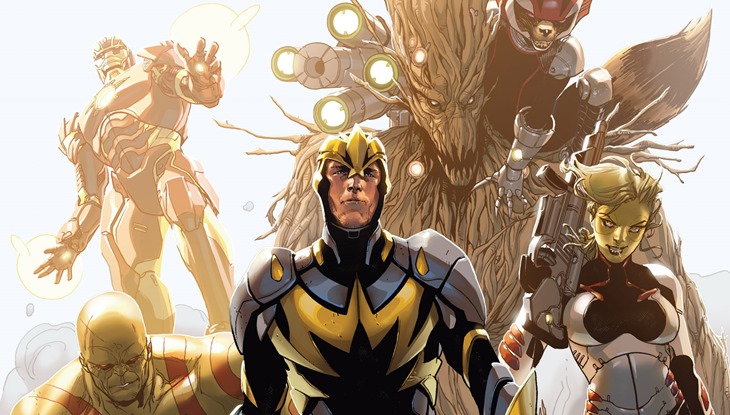 If there’s one film that I can’t wait to go see this weekend, it’s The Guardians Of The Galaxy. It’s a comic book film with heart, action and it happens to be plenty of fun. And even as a massive comic book fan, it’s the kind of film that is staffed with characters that barely anyone has heard of. That’s what this weeks video is for, so consider this a primer to get you ready.

Much like most of Marvel from the early decades, the origins of Groot and Rocket Raccoon were off the wall. Rocket was originally a warden/pet/sheriff of an insane asylum planet prison before getting a few adventures, and then he was quietly put away until 2006 when he resurfaced along with the other Guardians during the Annihilation Wave event.

Comics were weird back then. Groot also had a strange origin, starting out as a monster of the week that was used to sell comics, before he was also rejiggered for the cosmic line of Marvel comics. Fun fact: Groot is actually capable of saying more than his trademark “I AM GROOT” catchphrase, provided that you can understand the various ways in which he speaks. Most beings just simply aren’t sophisticated enough to grasp what he happens to be saying. Also, Rocket Raccoon’s catchphrase is “Blam! I murdered you!”.

The Guardians Of The Galaxy movie is finally out this week. In case you missed it, here’s part 1 of our character round-up, to get you psyched up for the movie.