Amidst scrutiny and vigorous criticism, the AXE LAN at Emperor’s Palace kicked off on Saturday morning with enough network cables for everyone. All eyes were on the Counter-Strike: Global Offensive tournament as the competition marked the third offline LAN event this year. Why is this important? LAN events bring out the best in teams who dig deep for the Big Match Temperament (BMT), and filter out all the online heroes. The spotlight was on Bravado Gaming, undefeated on LAN this year, who depart for ESWC this coming week.

After a rocky start (which has become the norm for South African tournaments) the games were under way.

As I eluded, all eyes were on Bravado Gaming for the most part, but one other question had to be answered: How would the newly reformed Energy eSports and Ventus Gaming perform. Considerably well, actually, but more on that later. This was an important question and both aforementioned teams went through a sizeable roster change after suffering defeat at the Electronic Sports World Cup qualifiers.

Ashton ‘Golz’ Muller and Ruan ‘ELUSIVE’ Van Wyk parted ways with Energy eSports to reform Ventus Gaming with Dean ‘Hackem’ Seyfried, Trevor ‘Kanibalistic’ Morley and Daniel ‘Spoof’ Van Wyk. Energy eSports welcomed back Stefan ‘NEFAN’ Smit, as well as Jaun ‘Zeo’ Nieuwoudt and Jean ‘KustoM’ Herbst from Ventus Gaming. They joined Tiaan ‘T.c’ Coertzen and Aran ‘Sonic’ Groesbeek to complete the Energy eSports roster. I could only imagine everyone was beginning to get tired of the ol’ Bravado vs. Energy matchup, but this weekend brought a new flavour and with it a few upsets.

After a three hour delay the games began and the lovely gentleman over at nAvTV brought us all the action live from the event. The initial brackets laid the foundations for a few predictions, so we’ll skip ahead of all that and jump right into the most interesting game of the day – Bravado Gaming vs. Energy eSports. I know, I’m sounding like a bit of a fan boy at this stage, but if you watched this game you’d understand why. Energy eSports had a score to settle, and they were taking no prisoners. The first map was Train (Bravado’s choice) and second was Inferno (Energy’s choice). 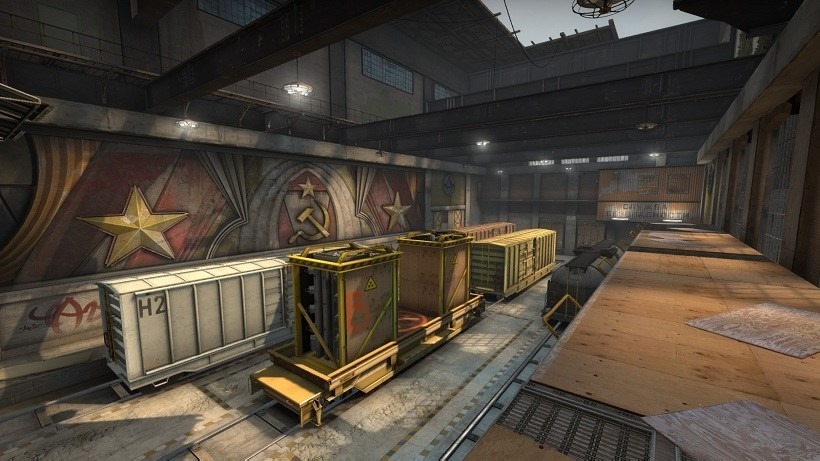 Train is the latest addition to the competitive CS:GO map pool. It replaced Nuke (a heavily Counter-Terrorist map), and has slowly won my vote as the most entertaining map to watch. To preface this map, I must add that I sat and watched Bravado Gaming at their ESWC bootcamp throw grenades and talk strategy on Train for hours. It seemed to be their trap card and a go to map to deliver a solid beating. Energy eSports had previously vetoed Train knowing Bravado Gaming might have the upper hand.

When the map made it though into their first matchup, many thought this might be the case… we were wrong. Energy eSports started on the Terrorist side (Train is a relatively even map) and immediately began upsetting the waters.  They won important eco rounds (pistols only – saving money for the next round), and continued to press the issue and dominate Bravado Gaming.

At the half time mark Bravado Gaming had the slight lead, and they continued to build on it until Energy called a pause when they were down 9-12. I guess we will never know what was said during that pause, but whatever it was a new Energy eSports team emerged and began to run away with the game. It got to a stage where all the practice I’d seen Bravado tirelessly execute went completely out of the window, and Energy eSports had their number. Their bombsite executes were thwarted, their attempts at duels were shut down, and Energy eSports took the map 16-13. It was on to map two. 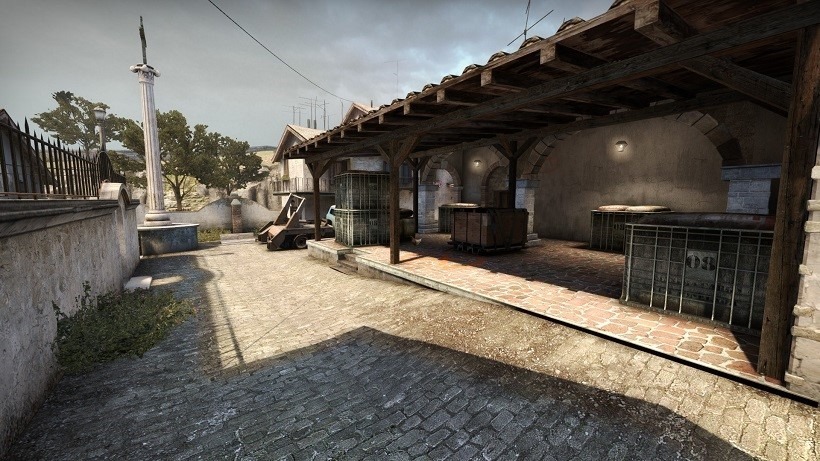 Once upon a time Inferno was Energy’s strongest map. That all changed when Bravado Gaming had them all figured out and delivered 16-4, 16-6 and 16-9, back to back thrashing on LAN. This however was a new Energy eSports lineup, and it soon became evident that Bravado Gaming lost their predictive edge. Energy eSports took to the Terrorist side of Inferno and took a slight lead early on. Their Terrorist seemed dominant and they took it to Bravado gaming round after round winning important duels and taking their usual strong holds apart. In a complete turn of events, Energy eSports seemed to have the upper hand and had Bravado Gaming all figured out.

All seemed to fall apart for Bravado Gaming once they hit the Terrorist side. Energy eSports placed a brick wall on each bombsite which Bravado struggled to climb round after round. Their executes seemed sloppy, running through incendiary grenades (fire, it burns!) and losing important one vs. one duels early on. Energy eSports ran away with the map ending 16-10 and sealing the series 2-0. It was now up to Bravado Gaming to fight their way throughout the loser bracket and earn their second shot at glory.

A fresh start for all was needed, and Bravado Gaming met Ventus Gaming in the loser bracket final needing just one best of three series to get their second shot at Energy eSports. Ventus Gaming defeated veteran’s Damage Control, but were handsomely defeated by Bravado Gaming in the lower bracket final and we were once again going to be treated to an Energy eSports vs. Bravado Gaming Grand Final. That was of course what we’d hoped for, but AXE LAN had other ideas. Due to time constraints the final was reduced from the expected best of five series, to a best of three.

Although this sounds like it shouldn’t be an issue, it really was. Because the tournament structure was double elimination, it’s standard practice to award the team who entered the winner bracket undefeated with a one map advantage. This is welcomed with a best of five grand final series, but in a best of three it’s utterly ridiculous. Energy eSports now needed just one map to take the Grand Final, and that was all they needed. The deciding map would end up being Dust 2, and at least it was exciting. 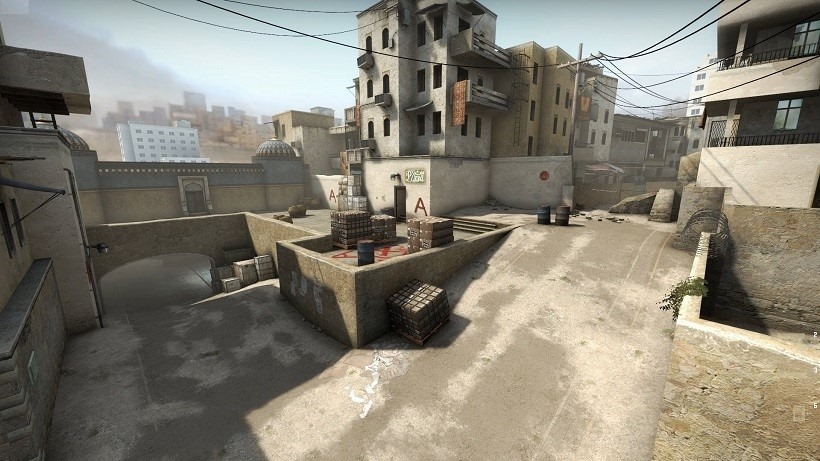 The game was neck and neck from the get-go, which has always been the case between these two teams on Dust 2, but once again Energy eSports began to show promise early on. Energy started off on the Terrorist side (slightly favorable side) and asserted their early dominance. There really isn’t much to say about this map, and although I shouldn’t reduce a Grand Final to “it was a close game,” unfortunately that’s all it can be reduced to. Bravado showed promise with captain Dimitri ‘Detrony’ Hadjispaschali having a much better day, but unfortunately the day belonged to youngster Aran ‘Sonic’ Groesbeek as he took the scoreboard apart bringing Energy to a 16-14 victory. The balance was upset, and fans felt robbed of the great Grand Final they deserved. Taking nothing away from Energy eSports, of course, but we all came ready for a best of five series blood bath. Although the map was exciting, it just wasn’t the same knowing that this would be the only map. Energy eSports dethroned Bravado Gaming and gave them their first LAN defeat in over a year.

Looking back a month ago, Bravado Gaming were an unstoppable force. At the Electronic Gaming Expo and ESWC Qualifiers they really set the bar and were in a league of their own. While the prizes for this LAN were less than desirable, the LAN practice was the most important aspect for Bravado Gaming. The LAN was meant to be their nail in the coffin as they’re the team who will be representing our country community this coming weekend at ESWC.

This conclusion is my opinion of the weekend’s events, and of course to shed a light on the preparation these guys go through. That we didn’t see the same Bravado performance for the third LAN in a row can be reduced to many reasons, but they’re all irrelevant. Energy eSports’ new lineup played incredibly well, and the new flame they brought to the competitive scene this weekend was a breath of fresh air.

I do however believe Bravado Gaming are still the best team in South Africa, and are more than worthy to represent us. I say this because there will be obvious doubt in the minds of the uneducated people who may not follow our scene that closely. On the positive side – Energy, Ventus and Damage Control will more than likely go out of their way to help Bravado Gaming right their wrongs before they depart for Canada. This is what makes our community incredible. To sum it up for you, Energy eSports had an amazing weekend, and Bravado Gaming… not so much.