Home Gaming Crysis (The first one) may be on consoles soon Crysis 2 may have been tearing up the charts recently, having been released onto multiple platforms and giving gamers maximum excitement, and it seems that its predecessor may be making its way onto the Xbox 360 and PS3 soon as well.

The 2007 PC exclusive was massively pirated when it originally launched, resulting in developer Crytek making the sequel multi-platform. A listing of the original Crysis on the Korean game rating board recently surfaced, mentioning the game for both consoles, with an EA representative from Korea confirming the approval. No official release date has been announced however.

Crytek CEO originally mentioned porting Crysis over onto the Xbox 360 if PC sales were good enough, despite its lack of Direct X 10 support, back in 2007.

(People) are asking me if it’s possible. Of course. You can get Crysis even on the Nintendo DS.But not that Crysis, you cannot get Crysis as it is on PC on any console. What you would have to do is compromise the design and the level design and In order to make Crysis’s gameplay (on console) you would have to make a derivative Crysis and optimize it for the Xbox 360 and PS3. In fact, if we do it, we’ll optimize it for each platform.

Crysis 2, which used the same engine across all platforms was a visual masterpiece earlier this year, but there were still noticeable differences on the PC version, something which was expanded when Crytek released drivers to maximise the graphics even more last week. Still, it might be nice to experience the original nano-suit FPS with fresh Cryengine visuals when it eventually appears. 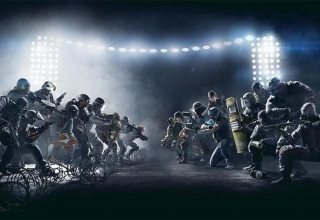