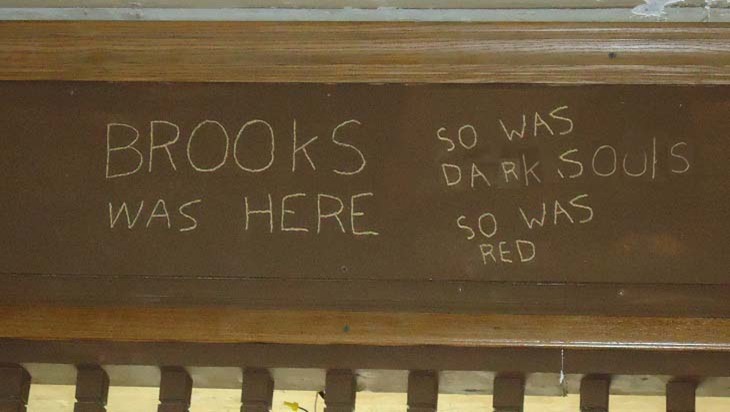 In revenge of Japan news, the nation that was home to Sony PlayStation and the last to get their hands on the new PS4 console has had a chance to play Dark Souls 2 before anyone of you lot have. Naturally, there’s a score attached to the end of the rope that said reviewer was going to use to help forget about the crushing difficulty of the cult hit RPG.

Traversing through all five levels of grief and death attacks, Famitsu (Via Gematsu) has given the game a rather high and rare score of 37/40, for both the Xbox 360 and PlayStation 3 versions of the game. That’s dead even with the Famitsu score of the original Dark Souls game, which also walked away with 37/40 a few years ago.

This isn’t the first early review for the game, as German mag M! Games gave the sequel 90/100, saying that developer From Software has made the game “more user-friendly without making it easier”:

Not much has changed when it comes to the battle-system and levelling up. The weapon upgrading is less obtuse but still offers the same variety, fast-travel between bonfires is available from the beginning of the game It’s a shame that some areas look worse than other, but DS2 will offer the player an incredibly motivating, addictive experience none the less.

Reviews are most likely embargoed until next week, so expect them to drop soon. Also, this might explain the rash of game reviewer deaths lately, as the game is as apparently unforgiving as ever. Dark Souls 2 launches on PlayStation 3 and Xbox 360 on 14 March.