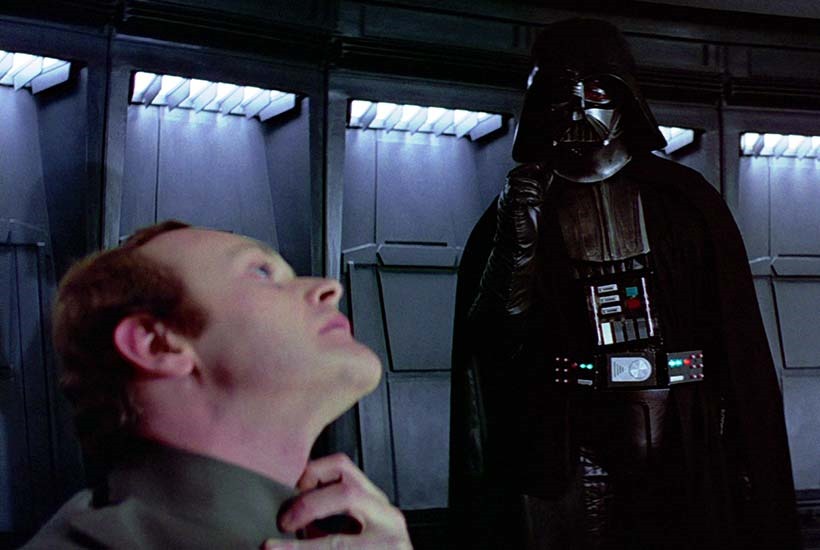 Darth Vader. Dark lord of the Sith. A former Jedi who looks proper space-wizard when dressed in head to toe leather, and can throw starships around at those puny Rebel scum when they get on his bad side.

But the one thing that you’ve really got to know about Darth Vader, is that he was this close to being named Darth Brady, based on his habit of Force-choking Imperial admirals who constantly fail him.

And when Vader hit the San Diego Comic Con last week, he was ready to Force-choke plenty of nerds. And children. I mean younglings, yes that. Here’s the video from Wired:

The Darth Vader Force-choke. It’s like a Sith lord high-five to your windpipe.