Day two finalised the group stage and saw a ton of movement through the winner’s and loser’s brackets. Despite some excellent and exciting matches, the vibe in the venue wasn’t nearly as frenetic. So what happened at LA Live?

The day started with rounding out the big match ups from the group stage. The Americans continued their dominance in the group stages with Rise Nation taking Group F 3-0 with the French Vitality Rises coming in second with 2-1. UK-based Epsilon eSports came out on top of Group G, beating out Optic Gaming to the top spot. The American team, Optic, took second, eliminating Nsp. Rounding out the groups, American Xfinity Gaming and UK’s TCM Gaming took first and second place respectively in Group H.

Road to the finals

Finally emerging from the group stages, the championship moved into double elimination. There weren’t any real upsets in the early stages, as the top teams clearly dominated in early matches.

My first nail-biter of the day was when Optic Gaming took on Strictly Business. The match was played at the main stage, and it seemed that Strictly Business didn’t have the same dominance that they’d shown on Friday. They lost in Domination and Search & Destroy, putting huge pressure on their ability at Blitz. It seemed the pressure brought out an excellent performance in them, though, as they powered their way through Blitz and brought the match level with a victory at Domination.

It all came down to Search and Destroy. Strictly Business simply weren’t able to hold back Optic Gaming – getting relegated to the loser’s bracket.

Keeping true to my Southern Hemisphere allegiance, the Australian Trident T1dotters kept hope alive in the winner’s bracket, taking on Optic Gaming in Round 3. Unfortunately, they were also knocked down into the loser’s bracket after getting defeated 1-3 by the American team. There, they will need to face EnVyUs, who have swept the loser’s bracket so far, as they still strive for that last spot at the finals. Strictly Businesses will be vying for that same spot, taking on FaZe in their next match up.

The vibe at the venue

It is a strange situation inside the giant tent at LA Live. The matches are definitely exciting and the main stage is drawing a crowd. The teams brought plenty of supporters with them, and they are happy to cheer and get excited over the course of the championships.

That said, I can’t help but notice that there isn’t really a “people’s favourite” team – minimal chanting or shouting from those other than the supporters who came to the event specifically to support their teams. I would attribute this to a general lack of spectators – the event is closed to the public with only teams, registered supporters and media allowed into the venue. This means that there just isn’t the same energy in the stands as there would be if more people could root for their favourite teams.

It seems the focus is on making the experience fantastic for those watching through live streams and on Xbox One – in fact, I found the experience way more entertaining when watching the streams from the press lounge than when I watched from the main stage. Sure, the shout casting is broadcast through the venue, but the experience is strangely better through the stream. For example, there was more buzz and conversation between strangers when another aftershock/earthquake was felt in the afternoon, than there was following most matches.

Predictions for the Final

As much as I’m still rooting for the Australian underdogs, Trident T1dotters, there isn’t much hope that they will take the loser’s bracket. They will need to beat EnVyUs, as well as the winner of the match up between FaZe and Strictly Business, before taking on the loser from the winner’s final between Complexity and Optic Gaming.

Realistically, it looks like this will be a battle between Complexity and Optic Gaming. Strictly Business or FaZe could still make a comeback, but based on what we’ve seen so far this weekend, if such a comeback did take place, it would be quite a surprise.

Enough with all the words – here are some pictures to give you a sense of what it’s like here in LA at the Championships. 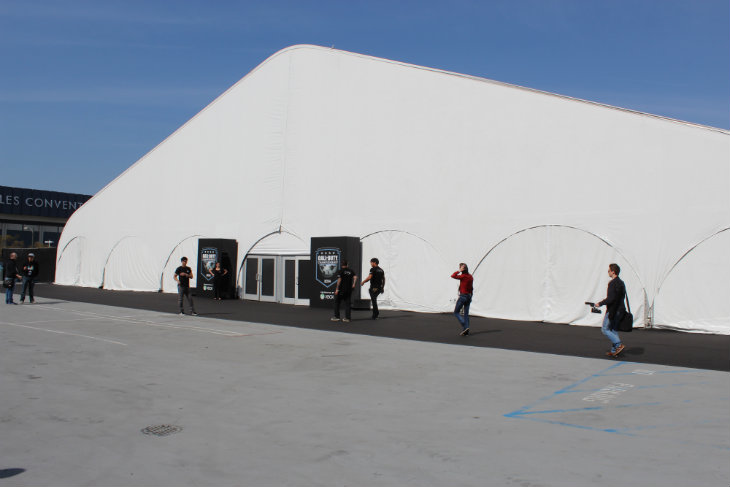 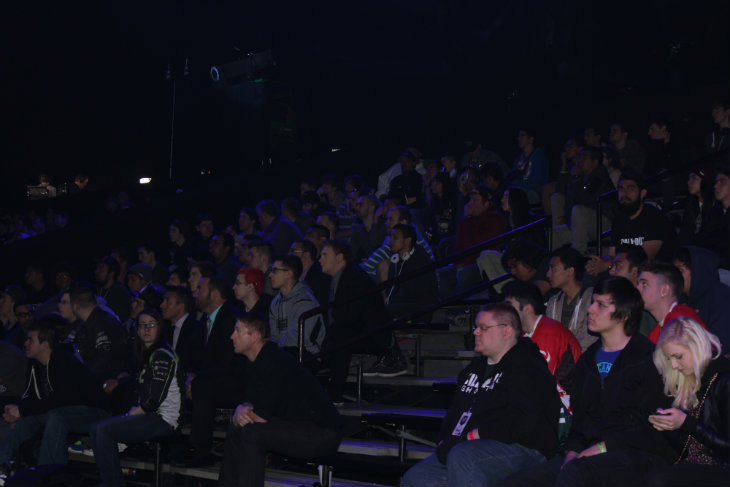 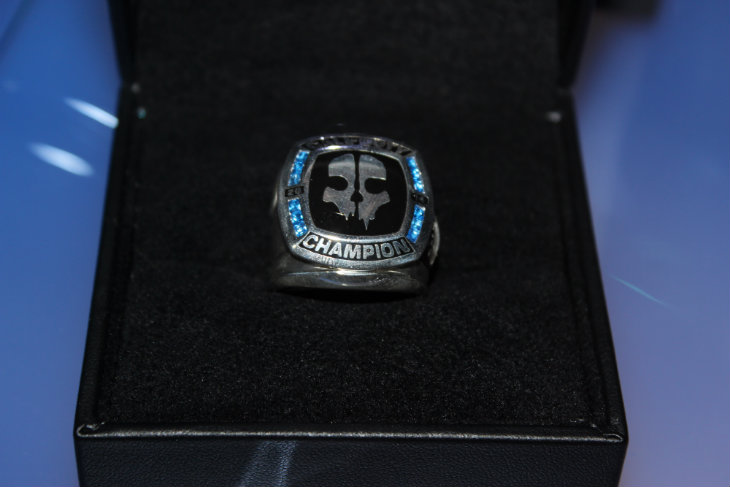 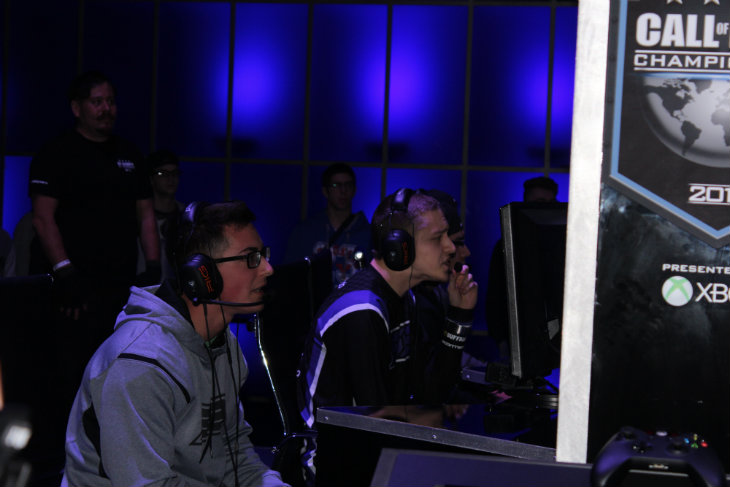 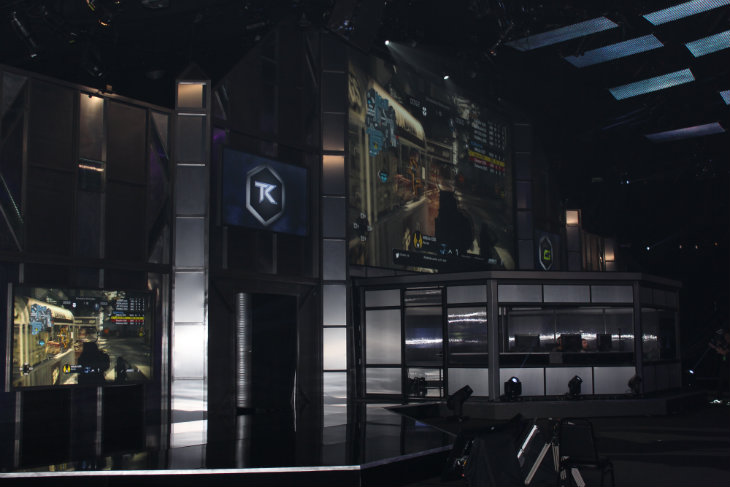 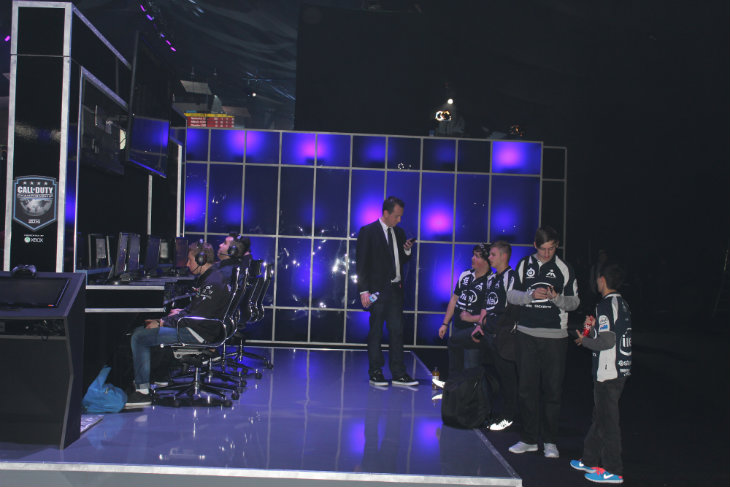 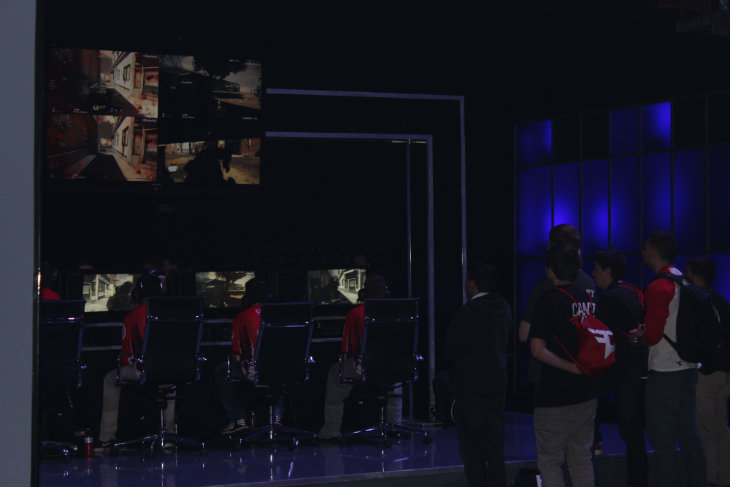 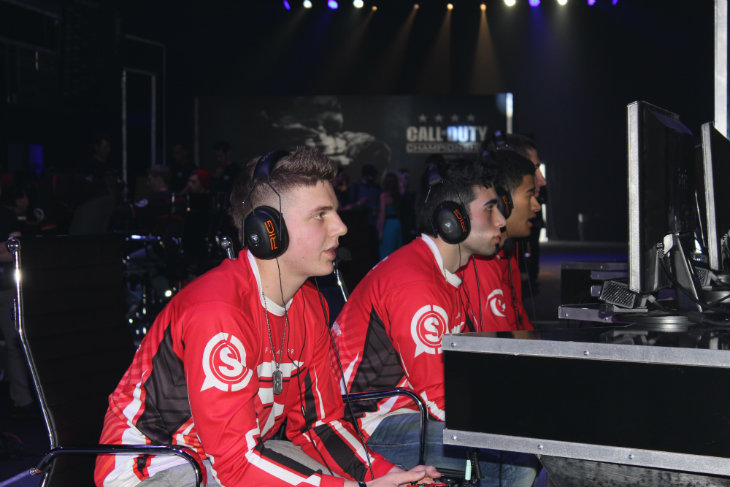 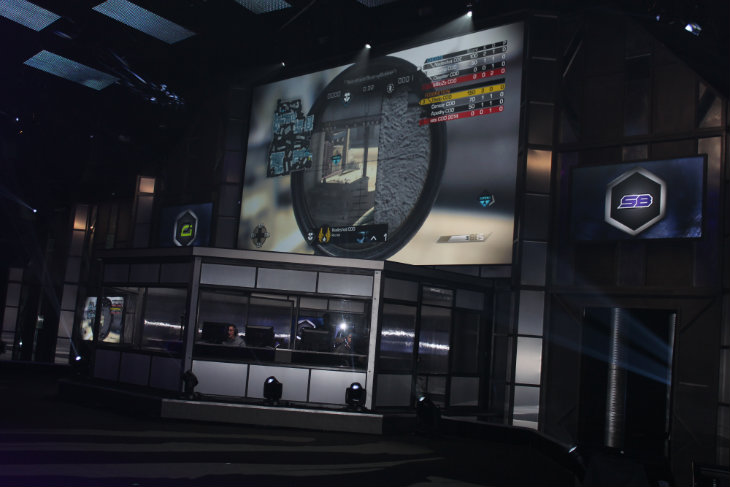 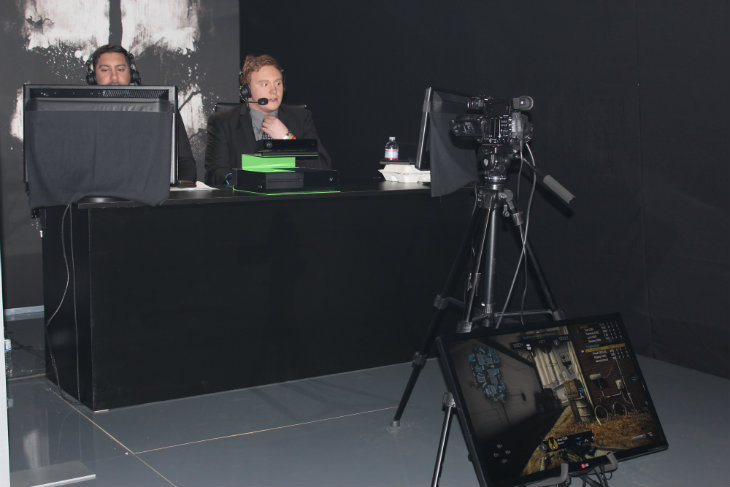