Home Dead or Alive is about to get Xtreme again 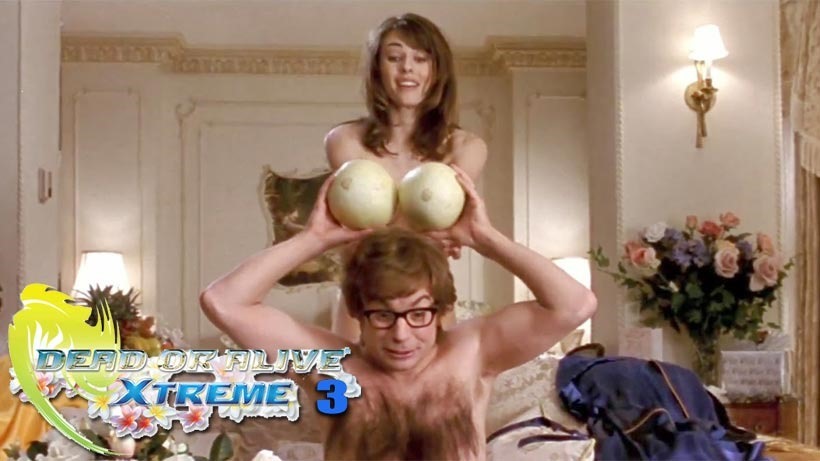 When you strip it down to the bare essentials, Dead or Alive is still one of the finest brawlers around. It’s a franchise which has been kicking around since 1996, releasing a ton of sequels and spin-offs.

Including one infamous game where the gloves were off, as well as other layers of garments in a round of volleyball. That particular game, Dead or Alive Xtreme Beach Volleyball is a guilty pleasure for many an owner of that spin-off.

Primarily because nobody would believe you when you told them that you actually enjoyed the gameplay, and didn’t care about the Baywatch level of jiggling that was taking place. Dammit, stop judging me people. STOP IT.

It’s been a good couple of years since the last Dead or Alive Xtreme Volleyball game, which received a sequel in 2006 that added more ogling features to the title. Now it’s time for another.

At the Dead or Alive Festival, producer Yosuke Hayashi confirmed that a new sequel was indeed on the way, the titular Dead Or Alive Xtreme 3. Translation via AGB and raven777 on NeoGAF:

There is a game where female DOA characters are having a vacation at south island. Fans having been asking for that game. It is actually the number 1 request from the fans. I have been acting as if I was ignoring these requests.

But we have actually begun developing that game, the latest instalment. It’s still very early in development so we can’t give more details, but I want to announce today that we are making the game.

Here’s the catch: Dead or Alive Xtreme 3 will only be available in the East. And I’m not talking that dodgy part of Johannesburg. Yep, the game is an exclusive for the Japanese and Asian market.

Most likely due to the fact that if there is one game that can easily be riddled with micro-transactions, it’s a Dead or Alive beach getaway title. $4.99 for skimpier swimming outfits? SURE!

Xtreme is Netflix’s upcoming bloody revenge tale. Two years after the murder of his son an…