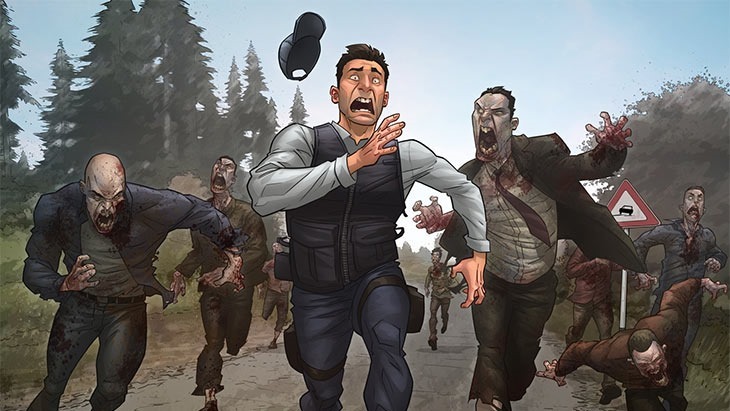 Here’s something unexpected. DayZ creator Dean Hall has announced that he’s leaving Bohemia and with it, DayZ’s development. He’s said he’ll be out by year’s end, leaving the open-world multiplayer Zombie survival game in the hands of the team.

"I am a grenade," he said to Eurogamer.  "I have a specific use. I’m really good at risk-taking and making other people take risks, I’ve always been good at that in my life. Like you say, maybe I’ve got the gift of the gab, so I can talk, I can explain something, I can talk people up to the ledge and get them to jump off it.

"That’s what I did with DayZ. I’ve done it twice now – two new code teams have separately done it. But eventually, that’s the bad person to have. Eventually, you don’t want the guy telling you to go over the top and get through. So at some point I’ll be a disaster for the project, at least in a leadership role.”

"And it’s kind of like cooking in someone else’s kitchen: I don’t want to be constantly telling Bohemia that this is how I do it and this is the way we do it.

DayZ has become an unlikely  gaming industry success story, with the mod-turned-game selling over 1-million copies in its alpha state in just 4 weeks. Hall’s not leaving the game just yet, and intends on doing all he can to ensure that the standalone is the product the 1.5 million-strong DayZ community expects.

"Originally I wasn’t going to do this year, but it would be stupid not to, and it would be unfair to the community. I have to be on the project as long as it’s important to. Whether that role is as the leader, whether that role is in a more creative sense… But at a certain point there will be diminishing returns.

"The thing is, if I’m involved in the project, I’ll be fighting anybody on the project to make sure it’s good, so for the rest of the year, I’m there. And I don’t just sit around; it doesn’t matter if I’m the cleaner or the leader or whatever, I will be making sure – I will be in Marek’s [Spanel, CEO] office yelling at him. I’m notorious for it."