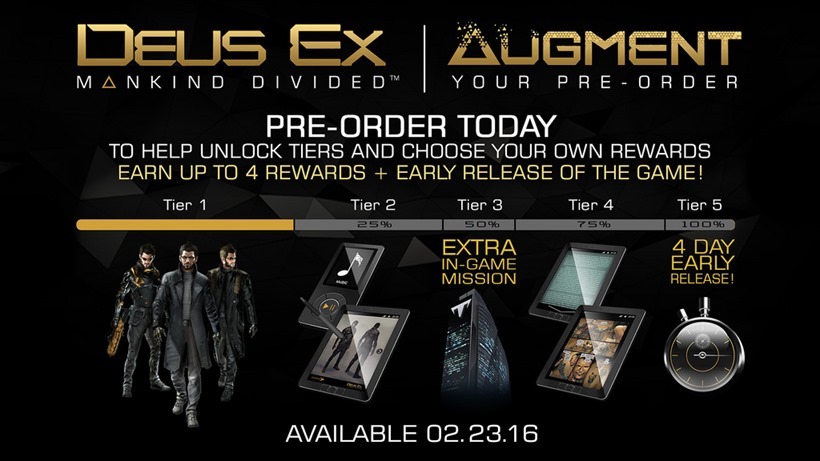 And of course it’ll come with extras, if you ask for a pre-order. I TOTALLY ASKED FOR THIS!

Alongside the official release date of February 23 in 2016, Deus Ex: Mankind Divided will ship in several flavours. The regular edition, and the chance to unlock according to several tiers. Here’s the gist of it from PlayStation:

In the spirit of player choice, which is at the heart of Deus Ex, we’ve put together a special program called “Augment your pre-order”.

It will let you choose the digital pre-order bonuses you want to get for your Day One edition of the game, selected from five different tiers which will unlock progressively. You can of course take part in this program by pre-ordering the game through PlayStation Store.

The available rewards within each tier include in-game items packs, digital books and music expanding on the world of Deus Ex: Mankind Divided, and an extra in-game mission.

The very last tier is one of a kind, as its reward will be an early release of the game, four days prior to its scheduled launch!

Well that’s one way to guarantee sales. In addition to all of that, there’s also the mandatory collector’s edition, which will include: 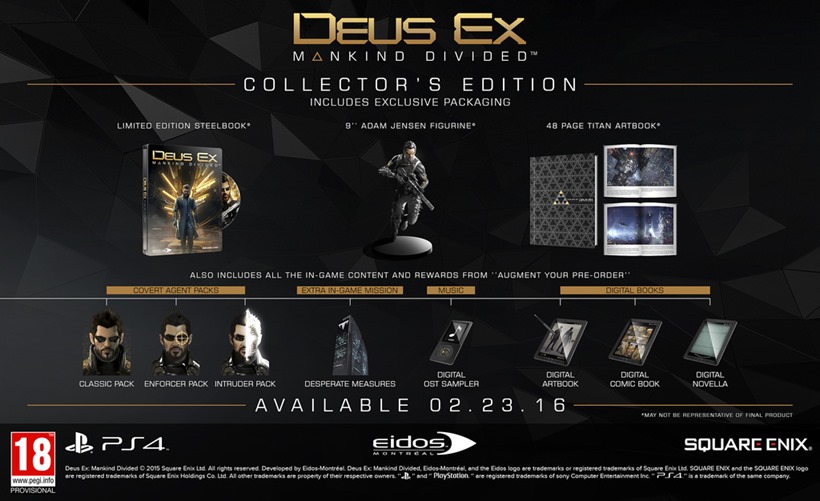 February is a pretty decent launch window. After a Q4 session of game releases, January is usually bereft of any new games. So here’s something to look forward to then, as we inch closer to 2016.