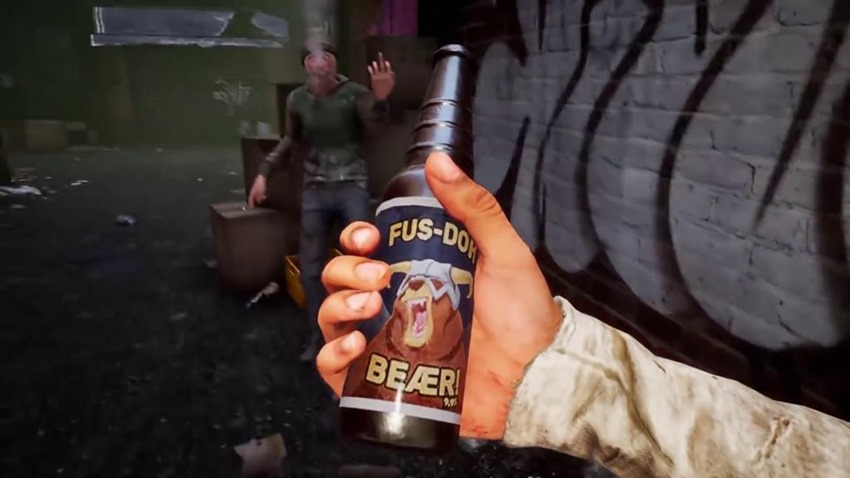 I don’t think I’d survive more than a week if I ever found myself kicked out of my home and forced to live on the streets. Hell, I’d probably end up as a pin cushion for used heroin needles before the first night was even over. And yet, I’ve always wondered what it would be like to be homeless. Sure the cons of having rotten teeth, a body odour that could make a skunk keel over and having to fuel myself with the cheapest hooch possible are downers.

On the plus side, I’m already used to be being treated as a mobile waste of blood and oxygen by people so consider that part of my societal shunning training already set up. Just think of it my dudes. No need to worry about having a pension fund. No house to pay off and no Twitter mentions to obsessively check for every 23 seconds.

Hell, that’s a Bohemian paradise to me. One that I’m ready to explore to its full potential in Bum Simulator:

You lost everything and ended up on the streets. What will you do? Adapt and survive? Take revenge on those responsible? Become an urban legend? Get a job and start over? Countless possibilities await!

Yes, that is indeed a game where you hit the mean streets of a city as the latest inhabitant looking for some spare change. Ya got any spare change? According to the Steam page for Bum Simulator, you’ll be able to take part in the following delightful activities:

It’s like Ark: Survival Evolved, but the most complex structure that you can create is a cardboard fort that is stained with urine and your fading dreams of a better life. Clearly I’m an awful person, because I want to play this so damn bad. Developer Alleyway Games will have Bum Simulator out this October. Presumably after they pawn a few more teeth to help fund the rest of the development of this oddball experience.