Home Comics & Toys Disney Infinity is going to get much bigger 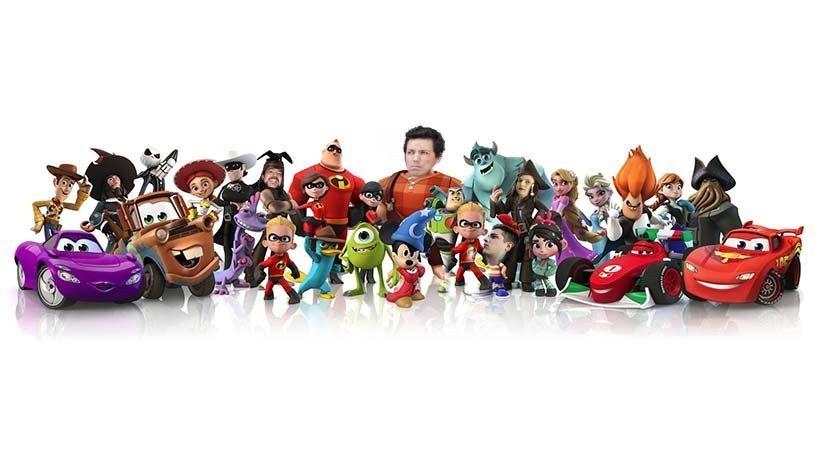 Disney Infinity is what happens when you find a cash cow and attach it to a gravy train. The series has done gangbusters, thanks to folks such as myself who see absolutely no problem whatsoever in spending their entire salary on adorable plastic representations of famous Disney properties.

And honestly, you get used to the taste of cardboard after a month of eating it once you’ve bought a few dozen figures. Disney Infinity 3.0 will see the collection expand by a further 28 characters this year; 15 from various Star Wars properties, five from Pixar’s Inside Out, two new Marvel additions from Avengers: Age of Ultron and six Disney Originals.

This makes me feel like I need to crack some sort of DaVinci Code like Puzzle… @JohnVignocchi @DisneyInfinity pic.twitter.com/ubupkqdv9n

If you can’t see it, take note of the empty gaps there: There happen to be quite a few of them. That’s four more Marvel superheroes on the way then, another nine for Star Wars and another sixteen for the Disney Originals. That’s another 29 figures to add to the collection when you’re done with the 3.0 edition. Possibly.

And it’s something that Vignocchi himself has spoken about, as he still commented in one video interview with CoinOpTV last week:

And if you’re here, you can actually see, yeah there are a ton of open slots for a ton of new characters. And we’re excited to reveal those over time.

So who will the wave 2 figures be? I’d bet easy money on Quicksilver, Scarlet Witch, Vision and a proper Ant-Man joining the Marvel roster, based on their movie appearances this year. As for Star Wars, I’d bet money that was easier than your ex that we’ll see a ton of love for Star Wars Episode VII: The Force Awakens.

And Disney still has plenty of properties to adapt for their line of Originals. I reckon it’s high time that we got a Hercules, Tarzan and Sergeant Calhoun figure. To be honest, I just want a Sergeant Calhoun figure that’ll inform the rest of my collection that the time for kitten whispers and tickle fights is over.

Which is what I’ll be telling my wallet soon enough