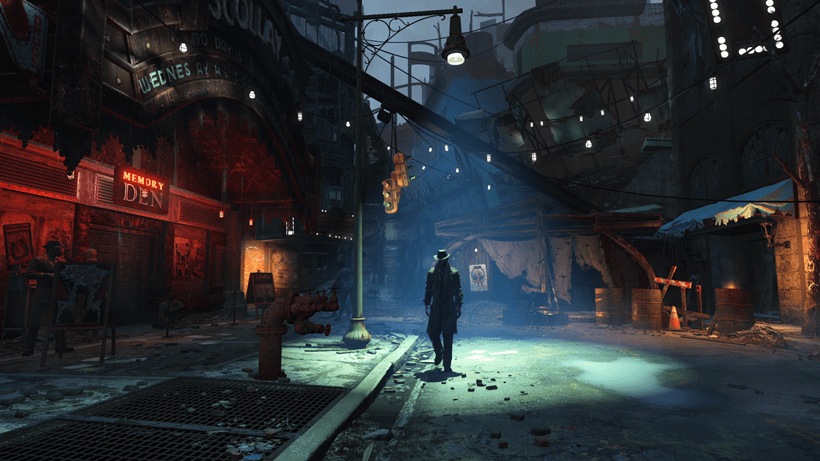 Fallout 4 is handling a AAA launch rather unconventionally – especially if you consider the state of games marketing at this current time. Instead of a three-year build up, Bethesda settled on six months, allowing the game and it’s legacy to build interest for itself. It does, however, leave little time to actually explore some of the games elements before launch – another facet that played well into the recent announcement.

Speaking to IGN at Gamescom, Bethesda VP of Marketing Pete Hines explained that some of the vagueness surrounding the upcoming RPG is completely intentional, with the studio trying very hard to keep most things a surprise for players at launch. With regards specifically to story, Hines doesn’t think there’s anything left to detail before we actually get our hands on it.

“I would be stunned if we said anything else about the story ever again [prior to launch],” says Hines. “We’re going to let everybody experience that in the game as much as possible. But there are certain trade-offs you have to make to build some amount of awareness to what the game is offering, so you’re willing to make some sacrifices.”

The decision to announce a game just six months before launch has been a big talking point in Fallout 4’s development, and one that seems to be widely applauded by most. Hines explained that most if it came down to avoiding hyped up disappointment, which is a far too real fear in the industry of late. In fact, Creative Director Todd Howard insisted on the announcement delay – with Hines describing how he would’ve announced Fallout 4 a day before launch if he could.

“If you ask Todd he’d probably prefer like a week or even a day between announce and launch,” says Hines. “He tends to hate showing his stuff before it’s out because he’s a bit of a perfectionist and it takes a lot of time away from making the game to work on demos or presentations. It’s not that he doesn’t want to show fans what he’s making but every time he shows something he sees what’s wrong or what needs to be fixed.”

“Obviously Bethesda Game Studios has a stellar reputation and it is both a Fallout 3 follow-up as well as a follow up to Skyrim which is well known throughout the world, and [we knew that] Fallout 4 would be something that would have a lot of buzz and noise around it and we didn’t need as long as you might for some other titles to kind of build that interest to launch.”

It seems to be working too, but as much as I agree with the approach it’s not something that could easily be applied to everyone. Fallout 4 is surviving such a short marketing life because of its name, along with the anticipation fans have had for this sequel for years. I’d like to see shorter times between reveal and launch (The Division is knocking on four years almost), but in this case I think Bethesda weighed public interest and the need to market down to a tee. And I hope it pays off in September.