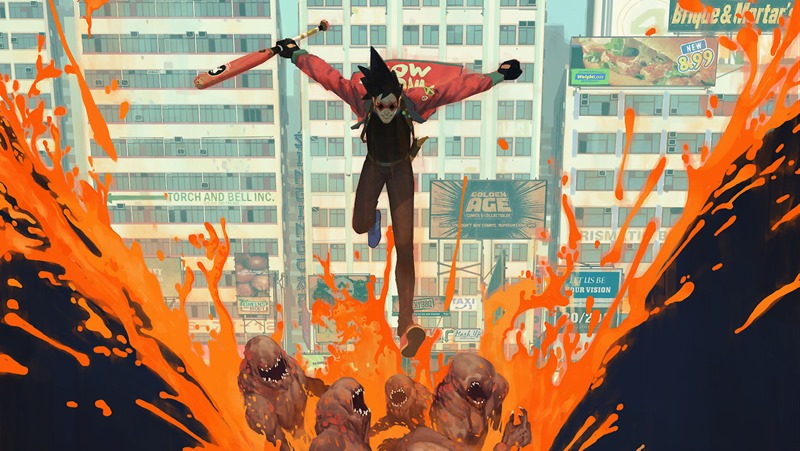 Today is September 23. And while this is a day that I’ll remember for a devastating downtime of around 29 minutes when Twitter crashed, it’s also a day that many a  gamer will cherish, having bought an Xbox One console. I want to get one, eventually- but I lost all my money gambling against Geoff trying to guess which number he was thinking of. Still,if there’s one game that will sell Xbox Ones like original recipe KFC, it’s Sunset Overdrive. A game that you won’t see on PC anytime soon.

Which is kind of odd, considering how Ryse: Son Of Rome and Dead Rising 3 made the jump to PC this year. Will Sunset Overdrive pop up a year from now, on that platform? I sure as hell don’t know, something that community and marketing lead James Stevenson  isn’t too sure of either. “I don’t know what the future holds, right now there’s no plans for a PC version of the game,” James Stevenson told Videogamer.

We’re just working hard to finish up [the Xbox One version]. We’re going to support it post-launch and then we’ll see what happens in the future. But there’s no plans. We aren’t planning a PC version or anything like that.

So yeah, the game could make it PC. It probably will, seeing as how Microsoft is doing just that with the majority of their first-party titles lately. And I genuinely hope it does, because the game is damn fun. But that’s a year or so away I reckon. Xbox One owners however, only have to wait until October 28 to get their grubby mitts on the game.