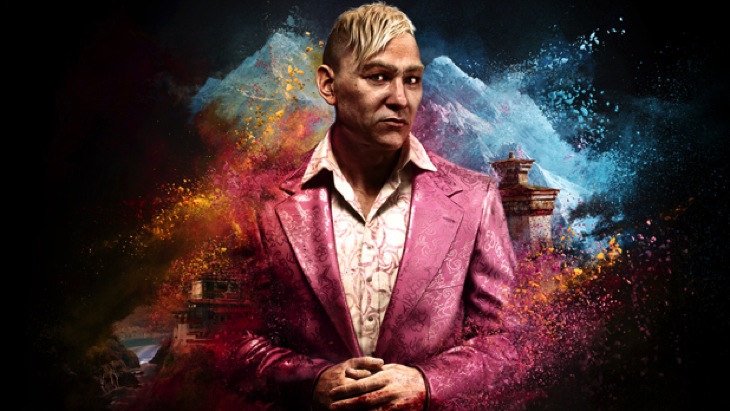 Far Cry 4 is coming and it looks awesome. We loved the idea of it being one of those awkward reunions where people know you but you don’t know them. One of those people is Pagan Min who is more than just an eccentric villain.

Here is a new video from Ubisoft about the upcoming game and why it’s going to be even more awesome than you thought:

For the non-video viewing among you, we find out that Pagan Min actually wears the pink suit as an homage to his mother. As such, if you laugh at his suit, you’re actually laughing at his mom. Somehow, I don’t think that it would be a great idea to make fun of that man’s mother.

Additionally, the main character, Ajay Ghale has a surname that means something on the island. We don’t know exactly what his role or his family’s role was, but it sounds like it was important.

All in all, the game is shaping up to tell an interesting story. Far Cry never shies away from touchy subject and I have a feeling that this one will push limits even more. The open world environment will be key in the story-telling, with plenty of exploration and discovery for people to sink their teeth into.

Are you ready for a new villain? Do you think Pagan Min can compare with Vaas, or will he help take the franchise to a whole new level? I love how Far Cry seems to have the most interesting villains – it just proves that Ubisoft can make interesting characters when they want, they just choose not to in games like Assassin’s Creed 3 and Watch Dogs.