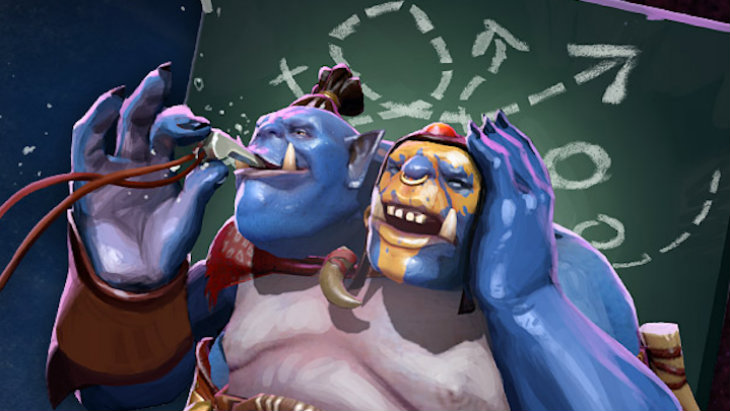 I thoroughly enjoyed The International 3 last year. The compendium was really cool, offering spectators all kinds of interesting benefits and boosting the prize pool at the same time. All the top teams went head to head, making for some excellent Dota to watch. Valve has yet to announce the date for this year’s tournament, but it may be sooner than you think.

Officials from top teams and leagues told onGamers that the tournament will be moved to mid-July instead of August this year. They say that while exact dates haven’t been finalized, it will not be taking place at Benaroya Hall this year as Valve is seeking a larger venue. Among those being considered is Seattle’s Key Arena which has a capacity of 17k for basketball games and 15k for high-end concerts. Amazing to think that so many thousands of people may get tickets to watch the tournament live.

Those same sources said that Valve changed the date because they couldn’t secure an event location in August. Of course, this will have a knock-on effect on other major competitions. The Electronic Sports League went with 28-29 June for their event in Frankfurt in order to not collide with TI4. However, MLG officials have confirmed to onGamers that they aren’t sure how they will hold their Anaheim Dota event considering DreamHack’s Summer finals of Dream League also need to happen during that time frame:

The growth and excitement around both eSports and Dota 2 activity over the last year has been exponential. While we are happy to see the continued popularity and support, we are concerned that the sheer number and proximity of events can have a negative impact on the players and make travel difficult for teams to afford and manage. We always strive to provide our competitors with the greatest conditions and experience possible to ensure they can compete at their best.

However, holding tournaments so close together puts tremendous stress on players and affects their overall performance. Although we announced our plans months ago, we are currently discussing the schedule with teams and reassessing our plans to determine what will be the least stressful and most beneficial for all involved.

You know what this means? The International could be as little as four months away. Time to start drafting my dream team!