Home Gaming Dragon Age: Inquisition AI is smarter than you 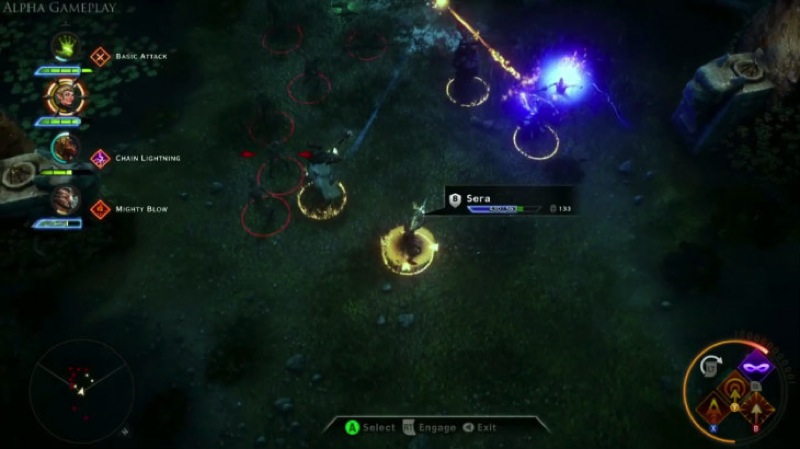 Even die hard Bioware fans will confess that the AI in their games hasn’t always been stellar. Enemies would often cause their own deaths and companions weren’t always the most capable without micromanagement. The new Dragon Age game promises to change all of that.

In an interview with PlayStation LifeStyle, Bioware Producer Cameron Lee talked about the smarter foes players will encounter in the game. The Tactical Camera is a way for players to slow things down if it all gets too hard in real time.

This is quite a complex answer, but when you look at…. Say you were playing on normal difficulty, and all difficulty in Inquisition means tougher than Origins, definitely tougher than Dragon Age 2. So, each different player has different thresholds of how much pressure they can handle separately. So, the way we look at the tactical view – it’s almost like a pressure release valve. So, if you’re in real-time view and you’re battling away, and there’s just too much going on, you know, there’s too many enemies or they’re too tough or something’s gone wrong, maybe, as you were fighting, a pack of wolves came along at the same time and decided to get involved in this three way fight. You could, that could be too much pressure for me, so I might want to go to the tactical cameras, but for you, you might be quite comfortable to keep banging away in real time. It really depends on the player, but we would expect from the majority of players playing on normal mode.. that they would definitely find some of the more challenging fights easier if they use tactical combat – tactical view. But if they want to persevere, they can certainly do so.

The tactical mode is certainly all about micromanagement, though. You can send your tank to hold a specific point or sneak your rogue around to flank the enemies. However, you don’t really need to do this if you build your companions and set up their AI in advance.

I don’t know that you have to micro-manage people in Inquisition, you can if you want to, but the AI is pretty intelligent. So, they will do things like, for example, if you have Cassandra in your party – she’s a warrior, and if you’ve built her to be kind of like a tank warrior, an offensive warrior, she’s going to try and draw aggro across everyone, all the enemies around her. In particular try and draw the agrro from enemies you’ve got targeted as well. So, they’ll be quite intelligent in how they react. And of course from there you can customize how those companions behave and what sort of abilities they use more often than others and how they use their own resources in terms of health, and stamina, and mana, and stuff like that as well.

Wow, that’s better than I usually manage to do. Then again, I don’t usually play as a tank, I’m more of a DPS kinda player in general. But it’s nice to know that my tanks will know how to play that role while my healers and rogues will presumably do well with those, too.

Do you tend to micromanage where possible? Do you like to set exactly health levels for when companions can use precious items, or do you trust in the AI and jump right into combat?