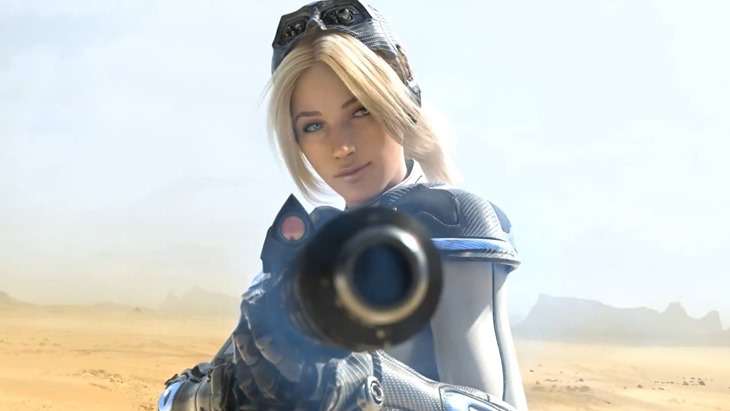 Heroes of the Storm may still only be in its Alpha phase, but it certainly is shaping up rather nicely. The game comprises the typical MOBA experience, but it’s genuinely got a different and unique feel. Dustin Browder, the game’s director, had a chat with Gamespot, shedding details on what changes the game will be seeing in the near future, its eSport potential, as well as its competition.

First up, the game will be seeing a new hero called Rehgar Targaryen,, a hero inspired by the shamans of Warcraft.

He’s a pretty cool and aggressive support character. He can change into his mount form whenever he wants very quickly. He turns into a ghost wolf and runs around. He’s a very special kind of support character, and a lot of fun to play. Basically, Rehgar is a shaman with a bunch of elemental abilities. He’s a classic Warcraft III Shaman build.

I like the sound of an aggressive support. The only support character I’ve played as so far has been Tyrande Whisperwind, also from the Warcraft universe. My track record with her has been pretty shocking, with all 4 games I’ve played ending in losses. My play style is pretty aggressive, something which doesn’t necessarily pair well with a squishy support.

What makes the the game stand out?

One thing that is generally worrying is the fact that there are tons of MOBA’s out there, some already established while many are still being developed. Gamespot asked Browder just how Blizzard plan to make their game stand out.

We’re doing things with team leveling where people are really asked to do things together as a team, and it’s not about getting ahead on your own and being the carry. We’ve got lots of different maps with lots of different map mechanics. We’re trying to make each map as unique as possible. We’re doing things with our talent system. We’re moving away from the traditional shop system and really giving players a custom set of options per hero.

I can really agree with all of that. The game does not have you levelling up in the traditional sense. The entire team will have the exact same level, meaning that there is no horrible individual disadvantage if you happen to have a bad start (which is perfect for beginners). As for the maps, they really are varied, and separate the game from any other MOBA I have played. As a huge fan of the genre though, I do sorely miss having a shop system.

Much like Valve realised the power of the community, harnessing their wallets love of the game to power the prize pool for The International, Browder feels that the future of Heroes of the Storm lies in the communities hands.

It’s not up to us if this game is an esport, it’s up to the players. Do players start forming leagues, do shoutcasters show up? If they do, we’ll be there for them. It’ll be interesting to see where these people take the game.

I couldn’t agree more. The success of a game as an eSport is proportionate to the love the community has for the game (YEAH, SCIENCE!)

No word on when the game will be moving from Alpha to Beta though. If Blizzard’s track record is to be the yard stick, we may well only see the Beta in a good few years.