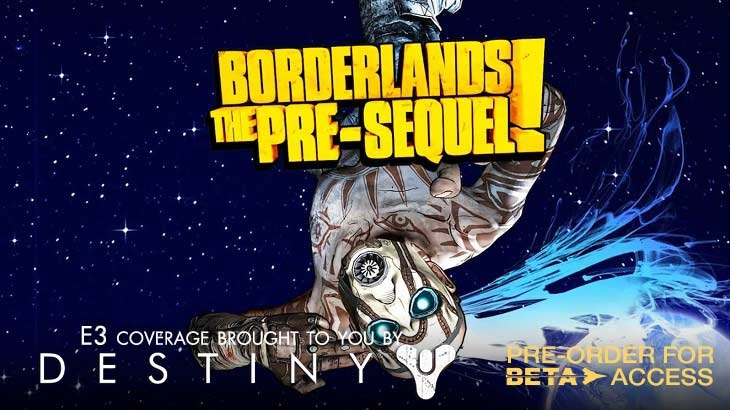 The moons of Pandora. Desolate, barren and populated by bandits who are married to their own sisters. It’s the kind of environment that is just asking for four plucky adventurers to go on a lunar rampage in. And become moo-oo-oon kings!

So how does the game handle? Well, ten bucks to anyone who shouted at me “Just like Bordelands 2”. When you’re indoors, it feels like nothing has changed, and veteran fans will quickly feel at ease with familiar skill trees, enemy types and enough guns to wage a war with.

But when you’re out on the lunar surface? It’s a whole new ball game kiddos. Your movement doesn’t feel slower, but it does feel like you’re gliding across the dark of the moon. As for that oxygen gauge that happens to be a finite resource? It’s a constant reminder of impending death, but it’s hardly a burden. 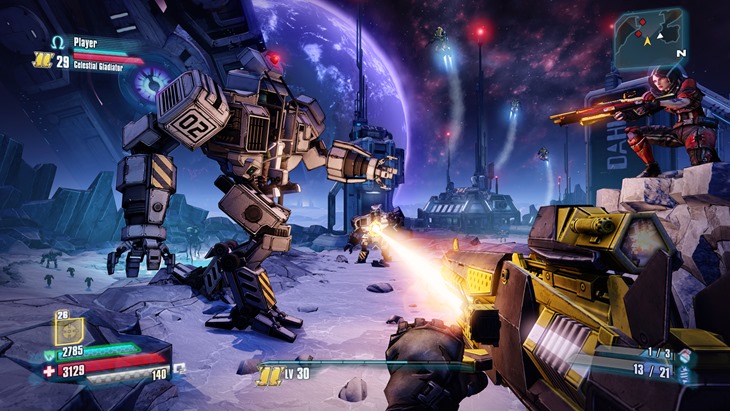 In fact, it’s more useful for locomotion, as expending oxygen can give you a boosted jump or the rather handy butt-stomp that Handsome Jack happens to be rather fond of. It’s a system that actually does add to the game, instead of detract from it like some people feared.

And combined with classic Borderlands gameplay, it’s actually a freaking blast to use these new abilities. The new characters feel fresh, the cryo and laser weapons bring their own perks to the constant combat and the Australian-accented bandits are a hoot to shatter into a million pieces with a well-timed combination of butt stomps and freeze-rays.

It’s not a radically different Borderlands, but it’s got enough changes to warrant booking a trip to the moon.