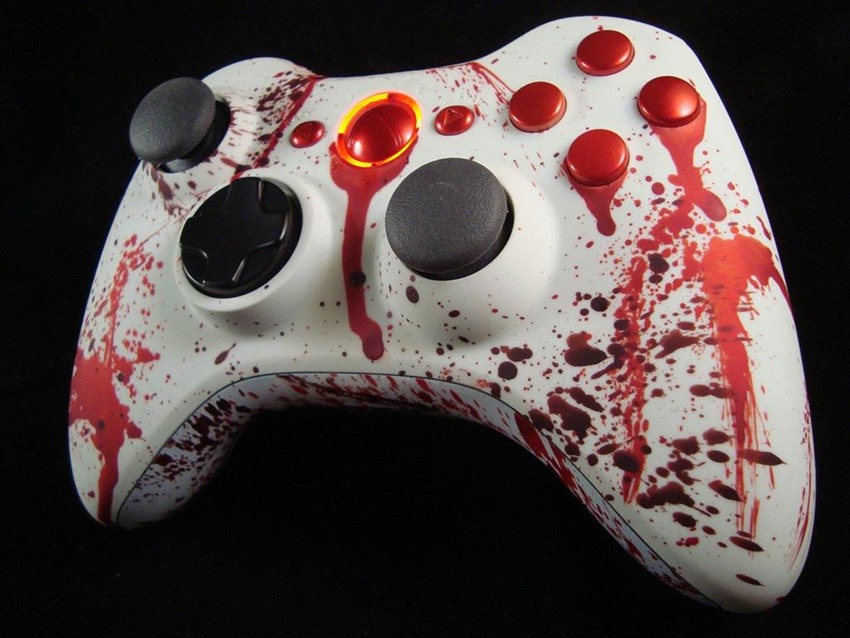 Janet Leigh being stabbed to death in a shower in the original Psycho. The building tension of Jaws. Seeing the deleted scenes of Event Horizon and watching the crew mutilate one another as madness takes over. The Critical Hit gang having to deal with my habit of working and sleeping in the nude when we share an apartment during E3. Scary stuff, but such examples don’t have a patch on what video games are capable of. I’m not even talking about scares that games were designed to deliver, but rather a different sort of chill.

The creeping terror of an industry that can sometimes be so out of touch, it still thinks seeing CEOs do rap videos is with it. Over the years, video games have given birth to plenty of these moments outside of the confines of a digital download or a physical disc. Here’s a bunch of them…if you dare to read them.

The original Xbox One reveal 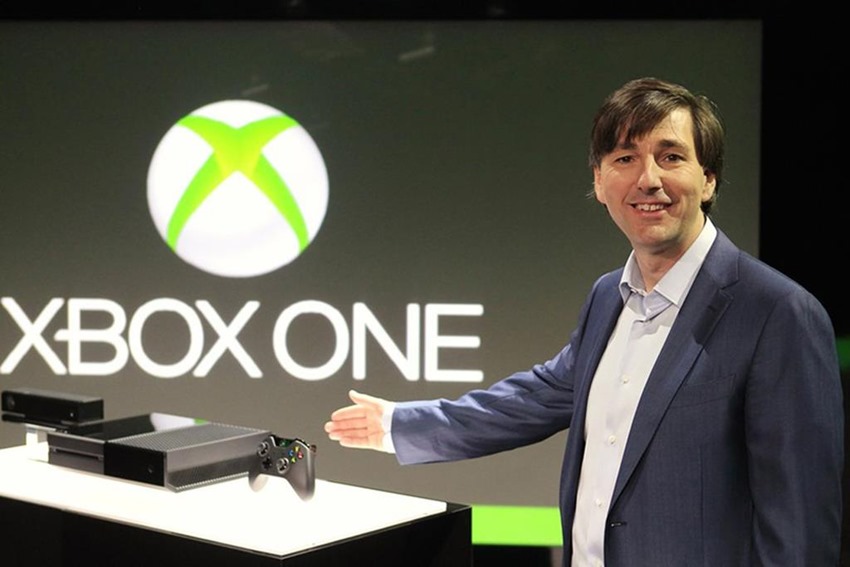 The Xbox 360 was pretty much the console to have in the late to mid 2000s. It was the scrappy challenger to Sony’s crown, a worthwhile contender that gave birth to the console wars as fans found themselves divided between brands. The Xbox One then, was supposed to be the opening salvo in a fight for console supremacy.

After all, all that Microsoft had to do was trot out a beefier console, stock it with exclusive games and call it a day. Oh, were we so naive back then. Instead, fans were treated to a reveal hosted by Don Mattrick, that was anything but games. His gleaming nightmare smile bones chattering, Mattrick revealed the most horrifying future possible.

One wherein television took precedence, the Kinect was attached like a bastard conjoined twin that couldn’t be removed (YEAH RIGHT) and games had been relegated to being an appetiser on the multimedia buffet. Xbox supporters were shaken to their core, seeing a console that was everything that they didn’t want to see in new hardware. Fortunately, like a movie maniac rising from the grave, the Xbox One would get better.

For a few years though, it was still a console that see players wake up sweating and screaming.

EA Tries to make the online pass a thing 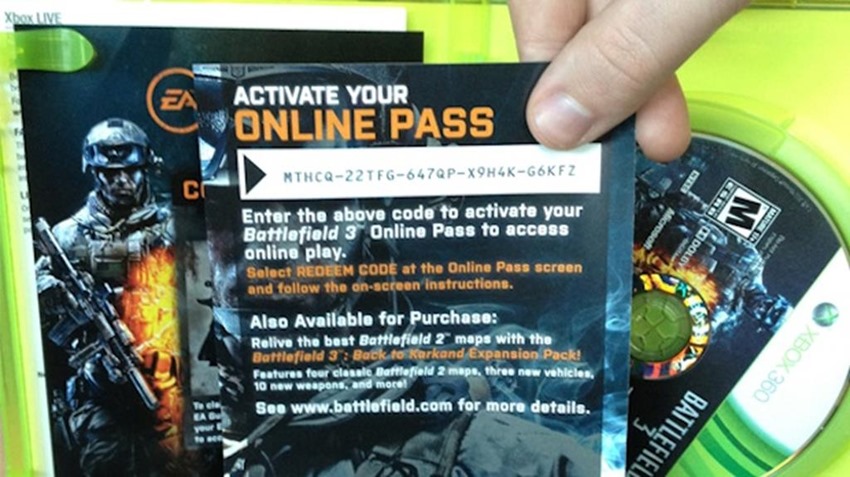 Oh EA, you scoundrels you. With game publishers kind of hating the idea of a secondhand market existing that didn’t result in extra cash being funnelled into their pockets, Electronic Arts decided to do something about that non-issue. If people were going to buy their games from someone else and play online, then they’d have to fork out some extra cash for the privilege of doing so.

A terrifying glimpse into the future that EA wanted then, but one that also was as short-lived as those slips of paper with online codes printed onto them. Fortunately, EA would never pull such a horrendous stunt again. 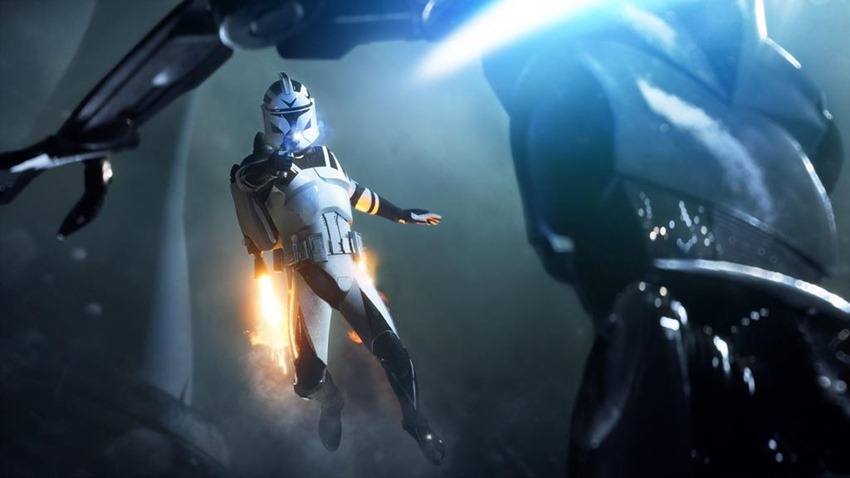 Star Wars Battlefront II had everything going for it: A single-player campaign to flesh out its superb action, polished multiplayer and a graphical engine that would have given 2005 George Lucas an erection that could pierce the Death Star itself when it came to CGIng famous characters from the series. What players got instead, was a monster that was worse than every single 1980s slasher combined into one unholy bastard: Online opponents who were able to buy their way to the top. 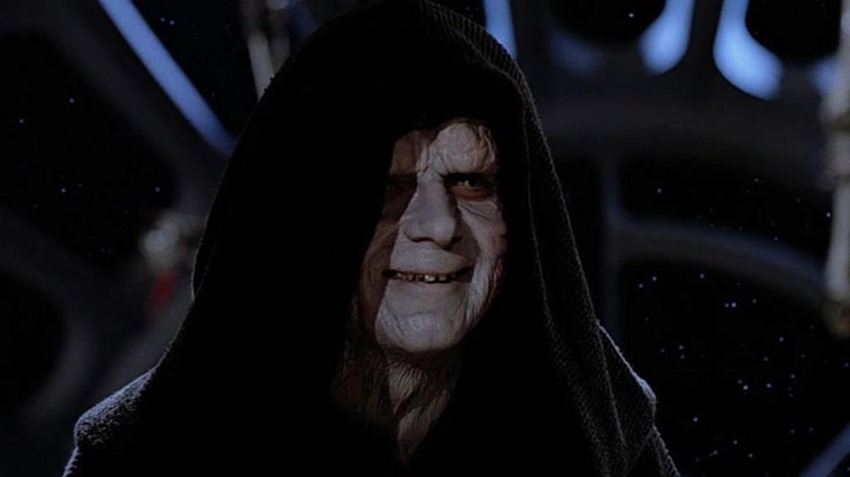 Thanks to rampant microtransactions roaming the servers like hordes of the undead, Star Wars Battlefront II was at war with itself, shooting itself in the foot in one instance and then telling everyone that it was fine the next. It was a terrifying example of the 2017 loot box mania driven to the very brink of what fans could stomach, and then it activated the NOS canisters in the boot to push itself way beyond what consumers called acceptable in the spheres of recurrent spending.

If this was the future that EA wanted for their games, then supporters were more than ready to call it a day and ask for a machete in the face instead.

That moment of clarity that came after playing Aliens: Colonial Marines for 15 minutes 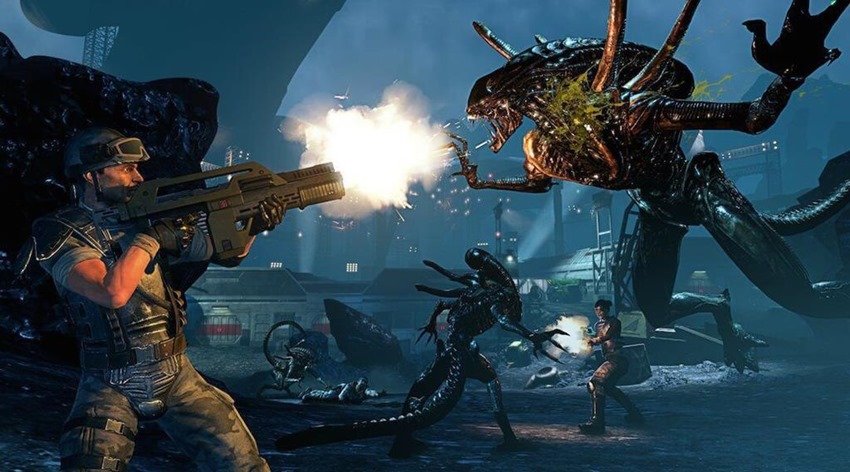 One of the greatest sci-fi horror franchises of all time, injected with action and giving fans the first real taste of Colonial Marine action in many a year. The trailers were hot, the previews were even better and hype was running wild. Like a jump scare outta nowhere, a few minutes with Aliens: Colonial Marines revealed a drastically different game. 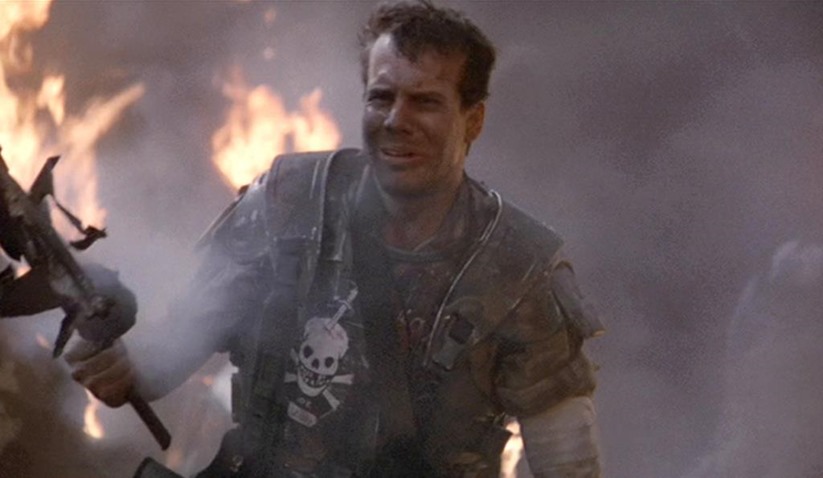 A heckin’ bamboozling of epic proportions, Gearbox games had managed to craft something horrific on a technical level, a game which scared and angered players for all the wrong reasons. Even more disturbing? A single typo, unnoticed for years after release, could have made Aliens: Colonial Marines a white-knuckle ride if someone had bothered to fix it, when the game was originally in production.

Realising that you bought Batman: Arkham Knight on PC 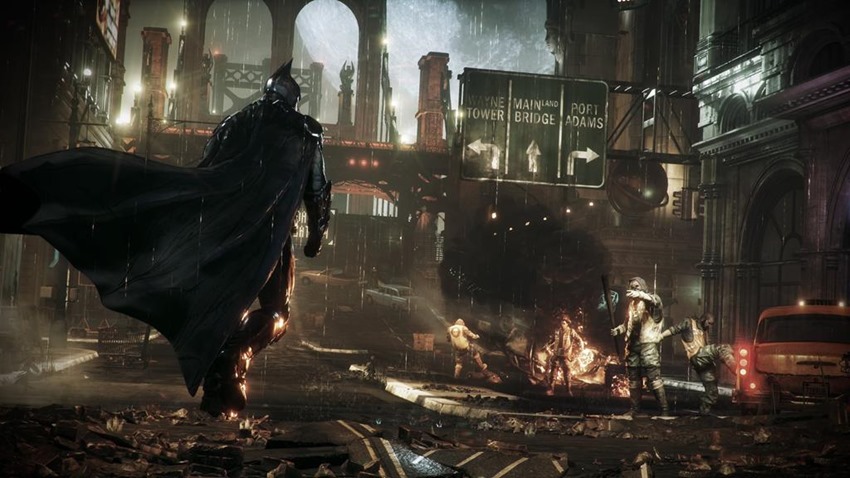 Ha! PlayStation and Xbox? More like…lame…station and X-cocks, right fellow PC gamers? If ever there was a game that was ready to prove just how superior PC was in a non-existent video game dick measuring contest, then Batman: Arkham Knight was surely the game to set new graphical benchmarks. So thought many a PC fanatic, presumably while rubbing themselves with Nvidia GTX 980s and eating entire rows of RAM chips. 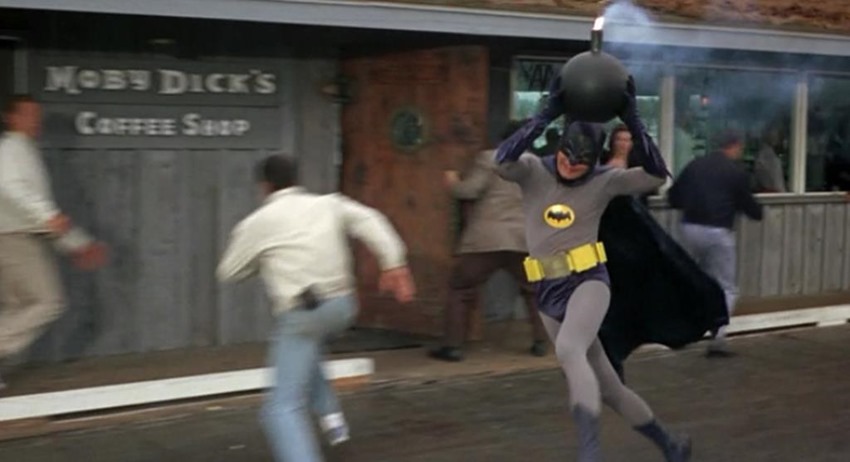 Then launch day came, and the real horror of a broken game being available on PC dawned on those smug faces. Not only was the PlayStation 4 and Xbox One versions of Batman: Arkham Knight better on a fundamental level, the game itself was virtually unplayable on PC. Beyond broken, boasting shoddy porting tech from a company that none-arsed the process and looking to be beyond salvation at that point, it would be years before Batman’s final adventure was eventually fixed. 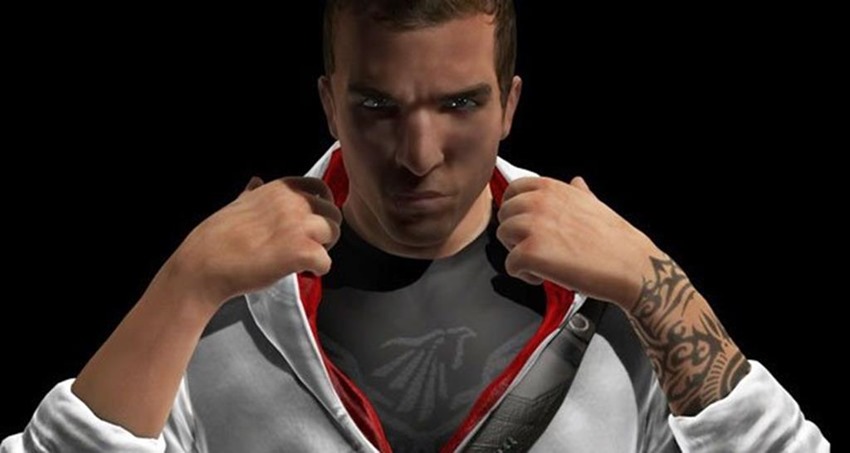 Circa 2007, the original Assassin’s Creed starred a protagonist who looked…alright. Desmond ticked all the boxes at the time for video game heroes, namely the fact that he was white, had the personality of a dead squirrel and was voiced by Nolan North. Heck, even Desmond’s design was about as white as Woolworths Food Market on a Saturday morning.

A few years after that, and Desmond looked even more nightmarish. Too many hours in the Animus had clearly devolved the character, to the point where fans dreaded seeing him again. Now having the appearance of a shaved chimp who had been walloped with an entire forest of ugly trees, the only saving grace from Ubisoft’s cavalcade of carnage was the fact that seeing Desmond, was a fright that was preserved for only a few minutes at a time. Gaaaarrgghhh.

Seeing the price tag on Toys to Life games 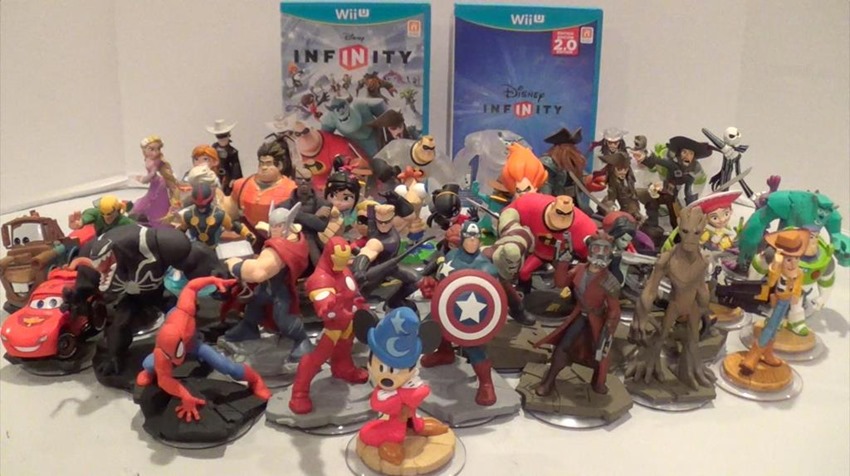 Toys to life! What a novel concept, wherein parents can enjoy games with their kids on multiple levels. Why, just look a these delightful Skylander and Disney Infinity figures, which are…wait, it costs how much for one figure? Okay, that’s not too bad, so…wait, there are how many of them? Oh no, I can;t afford that stop it Disney I can barely find the funds for one playset and you’re already teasing more.

Activision,please no. No more, I’m dying here, I can’t afford food and I’m buried under an avalanche of plastic that has the resale value of used toilet paper. What have I done? WHAT HAVE I DONE?! 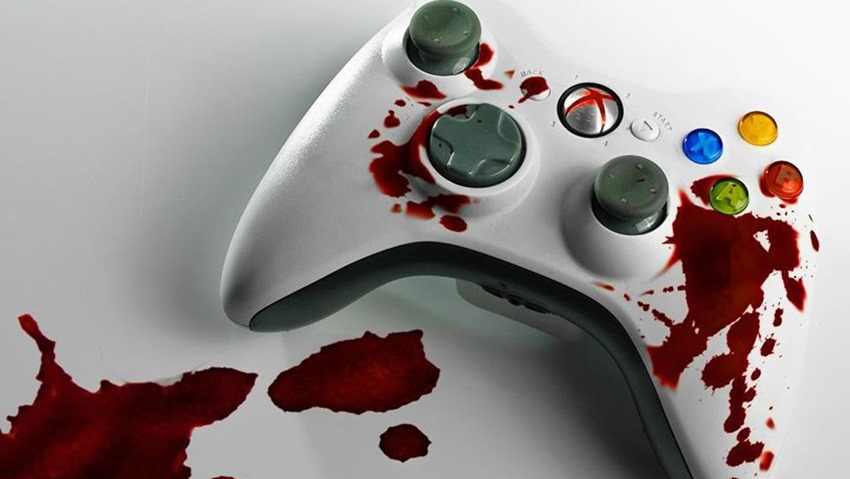 Instead, here’s a funny way to kickstart Halloween instead. Uh…boo?