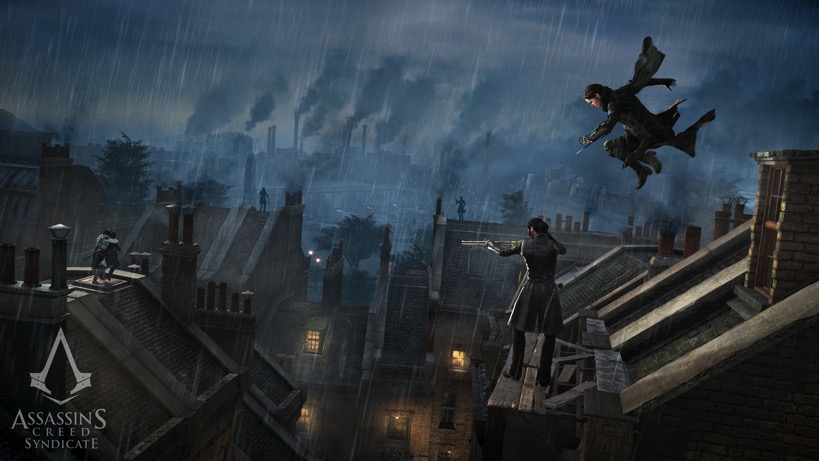 The Industrial Revolution was a strange and wonderful time. Seeking an escape from the poverty of rural life, people poured into the cities seeking fortune. Of course, the changing technology and horrible working conditions often overwhelmed those used to a slower way of life. It’s no wonder that socialist and romantic ideas took hold, something that is beautifully represented in a new animated short.

Here is the short film out of Comic Con:

Based on the short film, it seems that the early enemies are corrupt cops and factory owners, moving on to a train baron. I wonder if the game will follow the same track, pitting us against the capitalist pigs as we build our gang of working class goons – could Marx and Engels be political allies in this game? Here’s hoping that they do something a bit unusual with it all. Also, I really wish that they would stop featuring Jacob Frye in all the videos; Evie so far seems like a stealthier and more interesting character; she’s the one I’d like to see more of, particularly since I plan to play primarily as her during Assassin’s Creed Syndicate.

Speaking of Evie, some new screenshots have been released for the game and at least she’s prominent in a couple:

Assassin’s Creed: Karl Marx Syndicate launches 27 October on PS4 and Xbox One, with the (hopefully not broken) PC version coming out a few weeks later. Despite my cynicism and disappointment over last year’s installment, I’m still excited for this upcoming Assassin’s Creed. I love playing as a stealthy stabber, and I have far too much fun with the Assassin’s Creed games, provided that they aren’t broken. If they can just give me an interesting character to play as so I don’t want to assassinate myself, it could be a rather fun title.