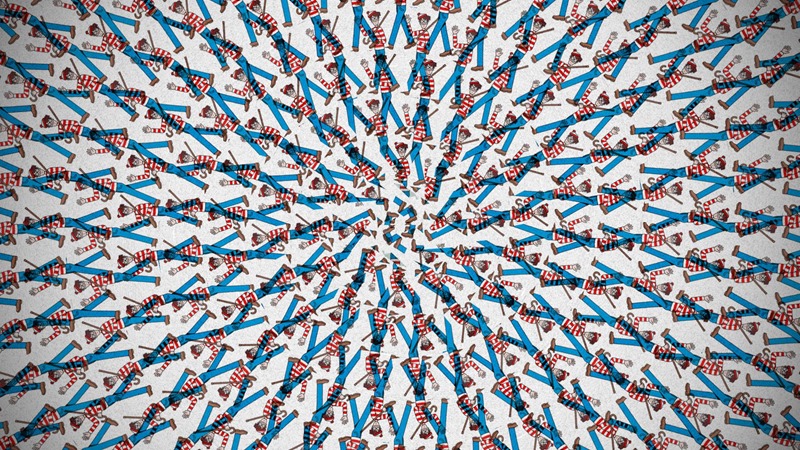 Who doesn’t know Where’s Wally? If you ever scanned over any of his books as a kid, you’d know that he’s not always so easy to find. The striped, spectacled fellow likes to hide away in all sorts of incredibly busy images, making life difficult for eyes everywhere. Think you’re a master? Try spot your favourite SNES character in this image. Oh sorry, did I not mention that there are supposedly 13 000 sprites packed into it? Allow me to zoom in on a portion so you can have some kind of clarity at least. Still not close enough? Alright fine, find the original right here on Reddit (via Game Informer). Once you’ve done that and zoomed in, you’ll see that the sprites are quite clear… well, as clear as SNES sprites can be. This image may be doing the rounds now, but it’s actually rather old. It appeared in a Reddit thread that was posted two years ago Still, it’s a lot of fun to look at.

You’d expect to see Nintendo favourites such as Mario, Link, or even the likes of Kirby or Donkey Kong, right? I haven’t been able to find them myself and I really have spent too much time looking. I’ll gladly dish out a million points to anybody who can spot them (if they do exist).

The image seems to be mostly packed with characters from Final Fantasy and Chrono Trigger. I can point out a ton of enemies and bosses, and even some of the main characters in their various forms (normal, petrified, poisoned, etc). With that in mind, I tried to find specifics. I still haven’t found Kefka, the evil bastard from Final Fantasy VI. I’ll give another million points to whoever can spot him!

There are also a ton of characters I don’t recognise at all, so I’m not sure which franchise or game they are representing, but I’m willing to bet it’s from Square. What about you? How many of the 13 000 do you recognise? I’m currently on about 8621*.

*I totally didn’t just make that up