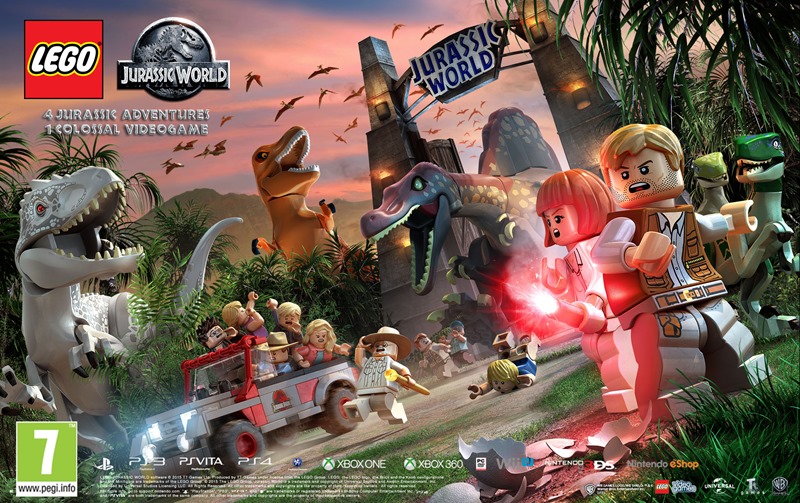 Jurassic Park. It’s a magnificent movie, even if it over twenty years old now. I’ve got fond memories of the flick, as I remember going to go see it, and getting the day of my life in the process. My cinema had pulled out all the stops, back in the day when they still gave a crap about putting on a good show. They’d set up an actual T-Rex mouth to walk through, the cups were branded with Jurassic Park insignia and my straw was essentially a decapitated Brachiosaurus. Good times man, good times. Can Jurassic World recapture that magic? Can Lego Jurassic World reignite my nostalgia? The answer to that, is a very definite…maybe.

Here’s the latest trailer for the game, which features all manner of dinosaurs. Big dinos! Friendly dinos! Angry dinos! Flying Dinos! Goofy dinos! The game boasts that it’ll have over twenty of the extinct beasties as playable characters, because seeing a Velociraptor construct Lego gizmos is never not funny:

Like other Lego video games, this version of Jurassic Park will feature all four cinematic exhibits when it releases in time for the latest flick on June 12. That includes the original and sublime first flick, the ok sequel, the threequel that was only cool because of my boyhood crush on Tea Leoni at the time and the 2015 film that features Star Lord and Gwen Stacy.

It looks like your typical Lego game: Go here, encounter an obstacle, break stuff and build an escape plan. A formula which has been repeated in much the same way that local comedians beat a dead horse with a stick until they find a diversity joke and run that quick chuckle into the ground, dig it back up and repeat the process.