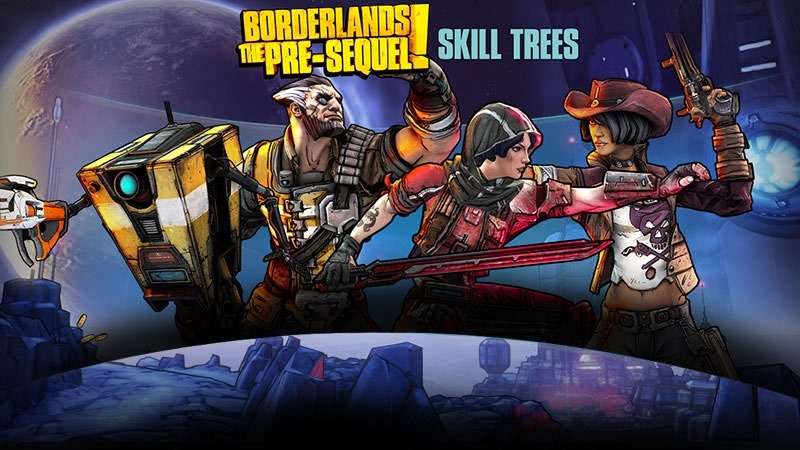 One thing that Destiny got wrong, in my opinion, was its skill tree – which wasn’t so much of a tree as much as a linear progression of skills. Borderlands does skills so much better, I think – by actually making it a bit of a branching tree. And now you can play with Borderlands: The Pre Sequel!’s trees from the comfort of your browser.

Head on over to http://borderlandsthegame.com/skilltrees/index.html and you can start mucking about with the Skill Trees available to each of the game’s four…sorta heroes: Claptrap the Fragtrap, Wilhelm the Enforcer, Athena the Gladiator, and Nisha the Lawbringer.

This is a perfect tool for the those of us who love to plan our characters, something I think comes from having played pen-and-paper role playing games as young nerds. Of course, the Skill trees don’t take in to account any of the inevitable loot you’ll find, much of which bumps up your abilities and skills.

Here’s a look at em: 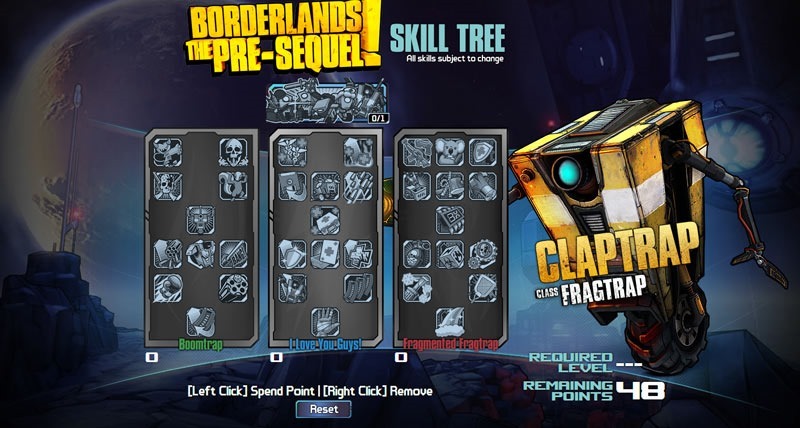 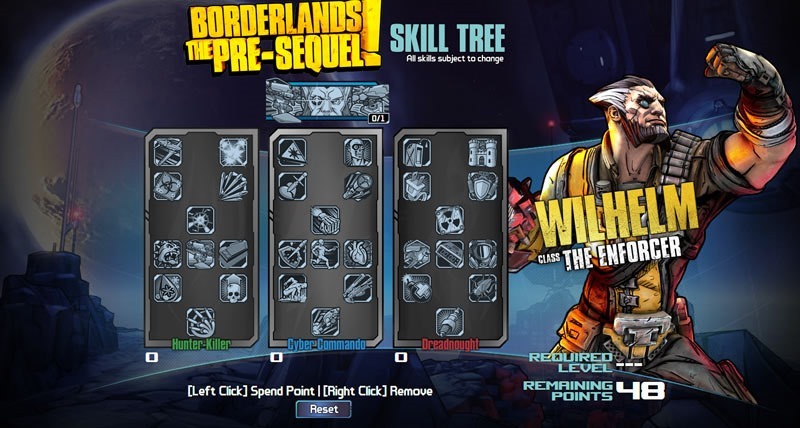 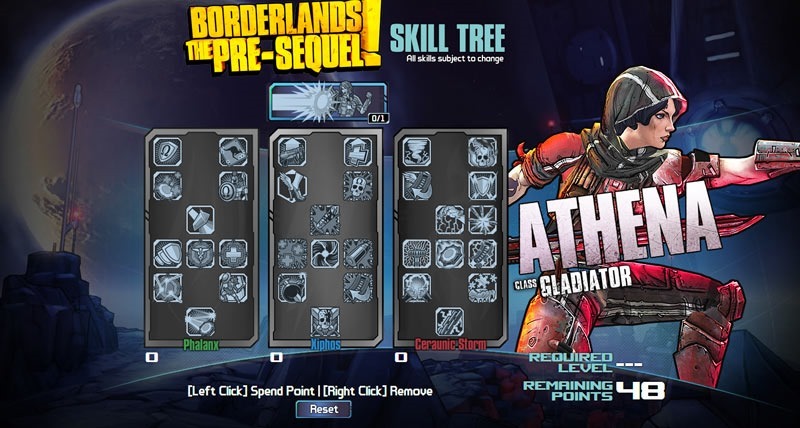 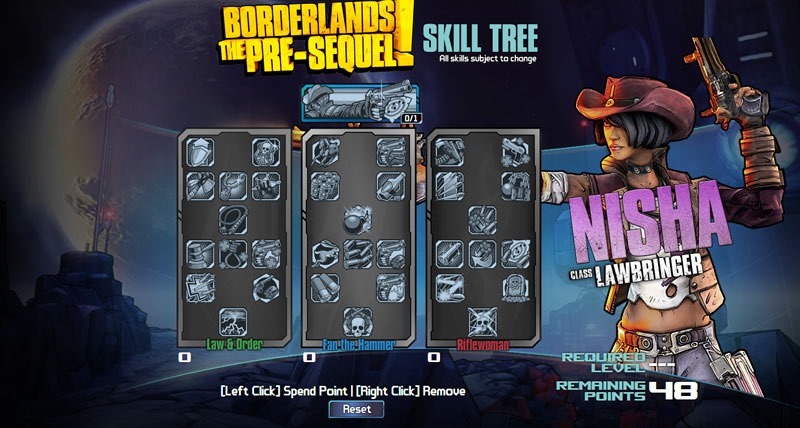 I got to play with Claptrap for a bit, and I fell in love with his random and chaotic VaultHunter.exe skill, which attempts to analyse the situation at hand, determine which Vault Hunter’s skills would be best for the job and apply an action skill based on that hunter. Naturally, Claptrap being Claptrap, it can and does often goes awry.

I really didn’t think I’d be keen on The Pre-Sequel! because at its core, it really is just more Borderlands. But then I realised: It’s MORE BORDERLANDS!

It’s coming to PC, PS3 and Xbox 360 next month – though I really wish It’d be on the new consoles too.