Not only is Fallout 4 real, it’s coming this year. WHAT’S UP WIT DAT? I was totally expecting a two year campaign of info being slowly leaked out, at which point I’d shovel coal into the hype train engine and ride that choo-choo all the way into pre-order sunset!

Fallout 4 is also a proper sequel to Fallout 3, with the introductory segment serving as a prologue that adds a necessary amount of drama to the game, as well as serving as a reminder of what your character has lost. “It needs to be a prologue,” Bethesda’s Todd Howard said to The Telegraph.

It’s important to us to let you experience that world, so that when you emerge from the vault you feel the sense of loss and think. ‘I wish this was the way it was.’ Having the beginning and having the sense that stuff is all gone? That you’ve lost everything? That is important. 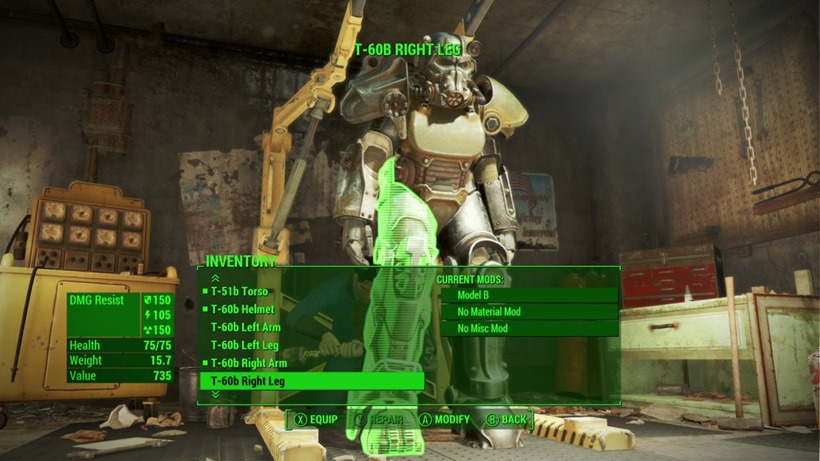 Fallout 4 also seems to be a proper evolution in terms of first-person action. While the traditional shooting mechanics will be in place, it’s the Value Added Targeting System that makes a welcome return.

VATS was an idea where players could pause the world around them in Fallout 3 and assign attacks to specific body parts, with varying degrees of success and damage. In Fallout 4 however, VATS will merely slow the world down, an idea that makes the game “a bit more dynamic” according to Howard.

“It’s very, very slow and you’ll see the [targeting] percentages change because the person is moving behind or coming out of a wall,” Howard explained.

So queuing up the shot at the right time matters. And while the playback is happening, the criticals are not random, you assign which shot is the critical one and you load up that bar. So it’s a little bit more under your control, not a lot, but just enough to make it feel better.

The other big idea in Fallout 4, is modding. It’ll be a console game that allows for user-developed mods to jump to console. And that’s thanks to the structure of current-gen console hardware. “The consoles are very PC-like,” Howard explained. We architecture our system so that mods work. They work on Skyrim if you can get them on a console, Oblivion as well. And Fallout 3. But there’s no way of getting them there. There’s still a lot of work to do. It’s going to come out on PC first, then they’ll move to Xbox One, then to PS4.

There is a lot of work involved getting them onto each system.

Be right back. Trying to see if I drink enough alcohol, if that will allow me to trigger VATS when I attack Matty with a cricket bat.