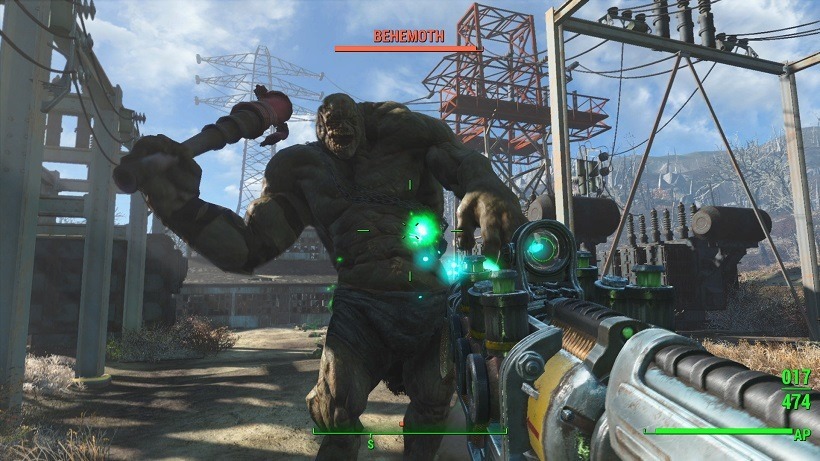 The apocalyptic wasteland is a dangerous place. raider lurk around every corner, treacherous Rad Scorpions are always ready to pinch off your limbs and mutants are ready to club your head off your shoulder with every club swing. Even without perks like Bloody Mess, Fallout is a deliciously violent game, which might make a passive playthrough a little bit confusing. In reality, it isn’t.

In fact, some of the more popular Fallout 3 playthroughs involve very passive approaches to violence, and it’s something that Fallout 4 is embracing as a legitimate play style. Creative Director Todd Howard has emphasised how many different ways players can explore the upcoming sequel, including the circumvention of violence entirely. You won’t be able to achieve a “no kill” playthrough of Fallout 4, but you can get really close.

“You can avoid [killing] a lot. I can’t tell you that you can play the whole game without violence–that’s not necessarily a goal of ours–but we want to support different play styles as much as we can.”

Howard didn’t exactly detail how the pacifists out there would achieve such a playthrough, but instead promised that questing in Fallout 4 will be far more emergent than in the past. Considering “emergence” is a very popular buzzword to throw around without it actually meaning what it’s meant to, that doesn’t exactly tell us much.

“I can’t spoil it, but we’re doing a better job than we’ve ever done,”

Now before anyone gets up in arms, let’s get one thing clear – Fallout 4 is going to be violent. The flying, bloodied limbs in the E3 gameplay proved as much. But that doesn’t mean having different options for different players is a bad thing. Having more passive options to approach combat gives Fallout a new dimension, without stepping on the toes of the traditional, brutal gameplay.

And that’s great, even though I’m personally going to equip the biggest laser weapon I can find as fast as I can. I might want to decapitate every moving mutant in sight, but I’m equally glad to see a more peaceful option included for those who don’t.