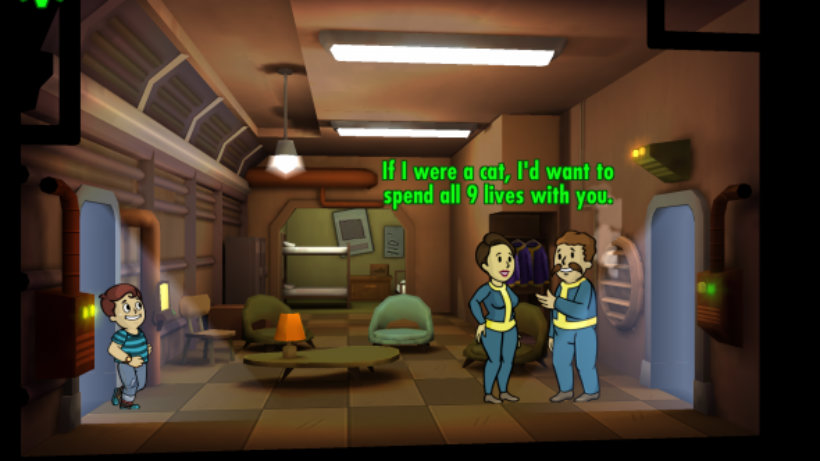 Fallout Shelter was revolutionary when it was announced at E3. Not because it featured some sort of never-before-seen mobile gaming mechanic, or because it was unique in its gameplay, but because of how it was presented as a fun way to be in the Fallout universe until the real game launches. Because of this presentation, even hard-core gamers were excited to play the mobile game, and they spent tons of money doing so.

Obviously, Bethesda got it very, very right with Fallout Shelter at launch. During E3, it seemed like everyone was playing it. So, in that first month, what actually happened? How many vaults were made and how many awful pickup lines ended in success? A lot. Way more than I would have expected, but it looks best in silly infographic form, complete with weird factoids. 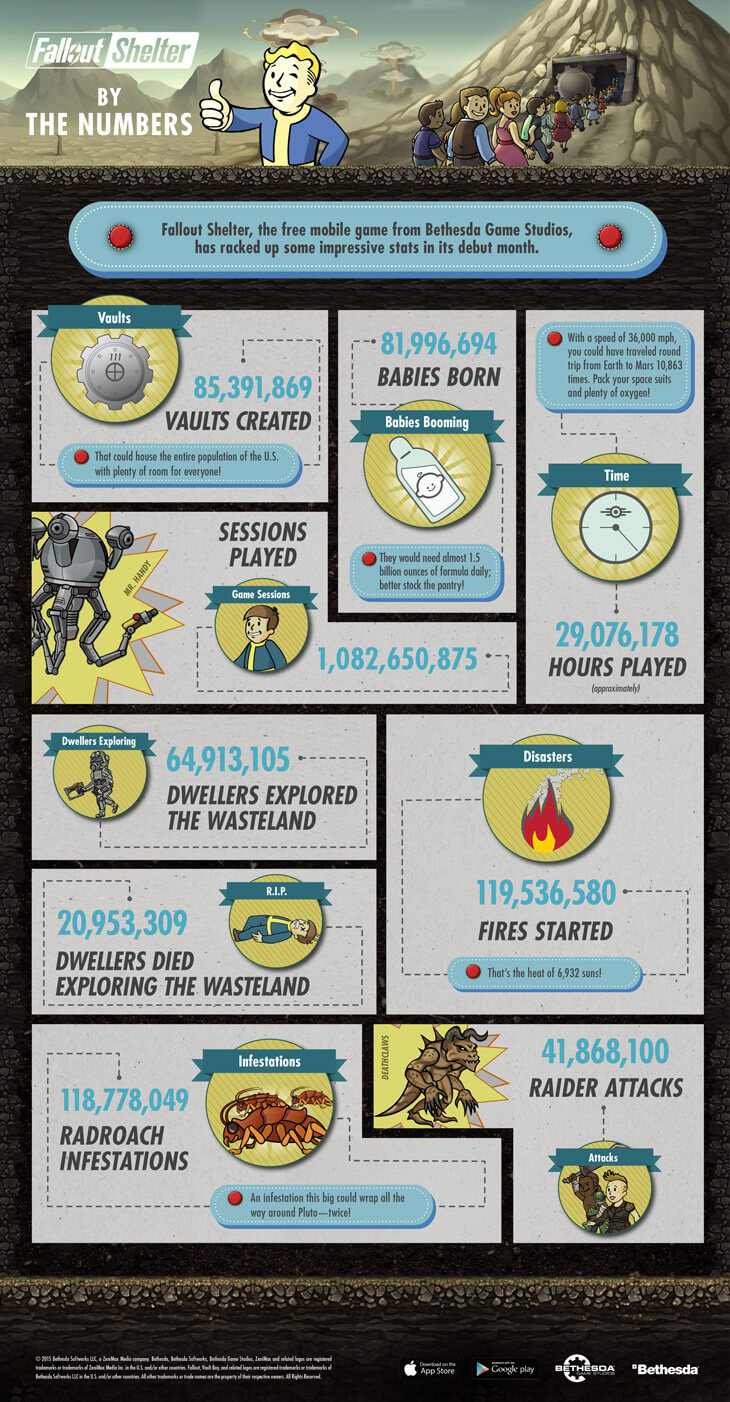 That’s a lot of babies born. Although, looking at the number of vaults created, almost 3 400 000 vaults were childless. Don’t people know it’s all about the procreation during the apocalypse? Then again, I still don’t understand why you can’t put the kids to work in your post-apocalyptic vault. Everyone needs to serve some purpose in the end of days, right?

Seeing as Fallout Shelter only came out on Android recently, these are mostly just the stats from iOS players. I wonder how they will multiply now that more platforms can play the game. But where is the info on how many lunch boxes were sold? I know Bethesda made a ton of money off the game, but I’m curious just how many were purchased.