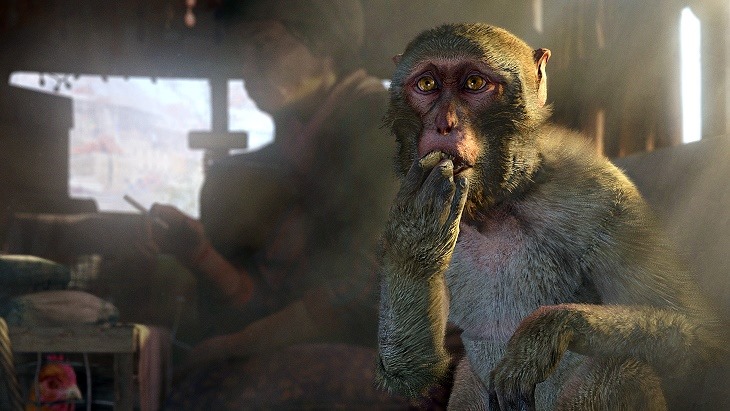 Ubisoft has been having a rough time lately with regards to their inclusion of women as playable characters in both Assassin’s Creed Unity and Far Cry 4. To be entirely honest, it wasn’t really about anything Ubisoft did particularly wrong, but rather just the way they chose to tell people about it. In essence, they like shooting themselves in the many feet they have.

So Far Cry 4 won’t have a playable female character, but that doesn’t mean there won’t be any women in the game at all. In fact, Ubisoft is trying desperately hard to let us know that Far Cry 4 will have quite a few female characters. Again, their wording makes for some interesting statements.

In an recent interview, Far Cry 4 game director Alex Hutchinson explained that the sequel would feature many female characters on both sides of the moral scale. Just like life, apparently.

“We tried very hard to make sure of the four main antagonists, half of them are women, which is cool. On your side, one of the main leaders of the rebel faction is a woman, half the rebels that fight with you are women. It’s packed to the gills with women.”

I’m sorry Alex but I’m going to have to stop you there. Would you kindly like to explain to me, and everyone else reading, what the hell that last sentence means? Packed to the gills with women? Am I supposed to be thinking about fish?

Sorry I’m interrupting, you have more to say.

Do you understand what I’m getting at now? It’s great that Ubisoft is trying to mend some of the bridges they scorched to the ground during E3, but they still have people making really weird and ridiculous statements for everyone to just tear apart. I almost can’t wait to hear what they have to say when the inevitable argument of “violence against women in Far Cry 4” gets brought up.

Bring popcorn. We can all act like that cute little monkey above.