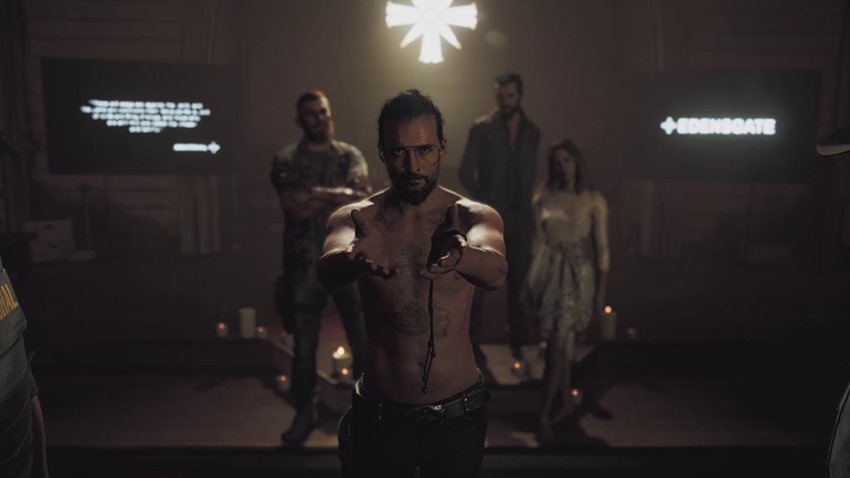 There’s a lot to be said for Far Cry 5. It’s equal parts a typical Ubisoft sandbox and a ballsy action game, one that is at home with a dark tale of the power of faith and just how far people are willing to go in the name of their own personal belief. If there is one criticism that the game does have against it, it’s that people feel that it’s lack of comment of more recent political events makes for a tamer tale. 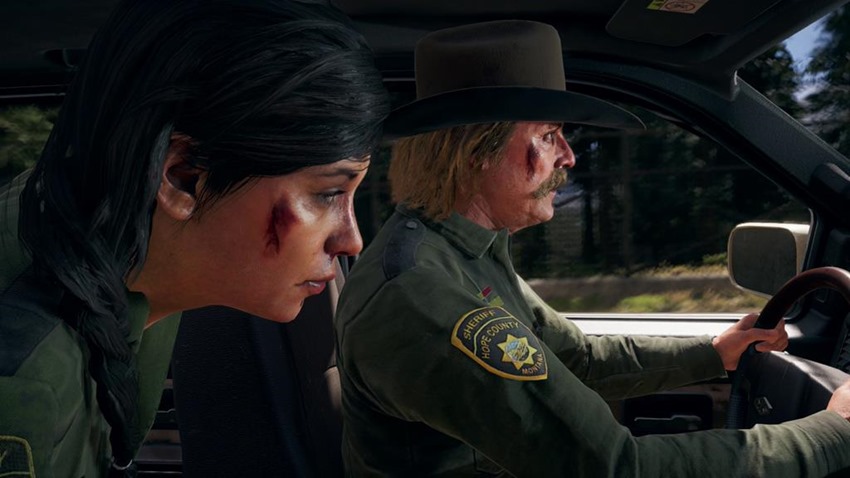 Critics will tell you that avoiding the alt-right and the rise of fake news in a continually fractured America has resulted in a more sanitised, toothless story, one that isn’t brave enough to really push forward on its themes. That’s utter nonsense. Far Cry 5’s narrative explicitly avoiding any comparison to a Trump era atmosphere is its greatest strength, one that ties into another core concept that players find themselves torn between throughout the lengthy adventure: Choice.

Right from the start, Far Cry 5 gives players that freedom. You’ve descended on Joseph Seed’s church, you have a few of your colleagues with you and you’re ready to arrest the Father in front of his congregation. Or are you? It may be a running gag now in a Ubisoft game, but it’s that very moment where you’re asked to cuff the holy man that sets every single event into motion. 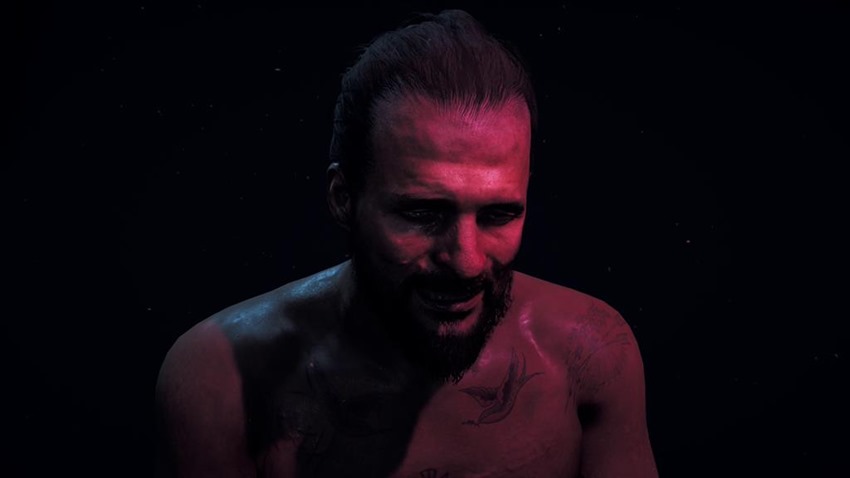 You can arrest Joseph Seed, or you can merely wait and Far Cry 5 will end right then and there as you walk out of his church. The cycle of violence that you’re about to embark on is halted, and left out of your hands. It’s maybe not the best choice to make, but it’s one of two presented to you. It’s also a reminder, that life doesn’t give you what you want. Sooner or later, you’re going to have to accept a compromise.

If you do arrest Joseph, well you know how the story plays out. Eden’s Gate followers are killed by the dozen, Joseph’s family is slain one by one and a showdown between you and the padre eventually culminates back at the Eden’s Gate compound. It’s at this very moment, where Far Cry 5 throws another spanner into the mix. 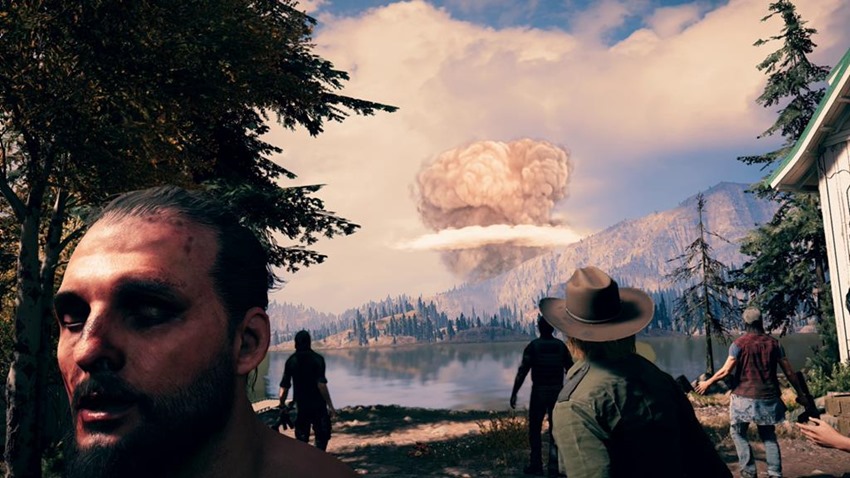 Yes, Joseph Seed is a terrible person, albeit one with truly noble ideals despite his questionable and violent methods. You’ve run amok in Far Cry 5, killing followers and family. You’re not the hero, as Jacob Seed has frequently reminded you in your sessions with him. You’re a harbinger of the apocalypse, death incarnate and you’ve taken so much away from Joseph Seed. 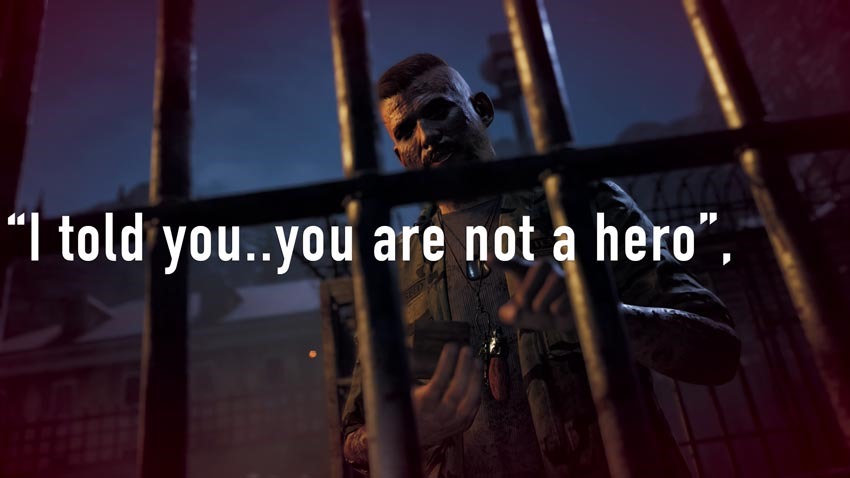 And yet he’s ready to forgive you. It’s an incredible moment of faith as you walk away and put your guns down. Joseph may have your new guns for hire intoxicated on his Bliss drug, but you’re still walking away. Not a perfect solution but one nonetheless. The only problem? That cycle of violence has come back to bite you in the ass, as the end credits fade to black…

Then there’s the traditional ending, which helps create Far Cry 5’s most terrifying antagonist yet: A man who was actually right – as far as self-fulfilling prophecy goes. The nuclear bombs drop, the end of times kick off and eventually it’s just you alone at the mercy of the Father in Dutch’s bunker, and still he wants to redeem you according to his twisted viewpoint. Still he wants to save you.

How can you not love a story like that? Inserting alt-right references doesn’t just diminish such a story, it also cheapens it as time marches forward, dating the experience and diluting its impact. It’s easy to say what Far Cry 5 should have had, but the reality is that a massive project such as a game like this can’t just flip a switch and insert those themes when they’re a year out from launch. Stories that create the world of Far Cry 5 are intricate and multi-layered. They’re a Jenga tower of ideas and themes, and removing one block to insert another runs the risk of toppling the entire structure in the name of relevant thrills. Addressing today’s dilemmas results in a product that locks itself in an age that will eventually come to pass.

Instead, Far Cry 5 will still have a message worth preaching many years from now. Far Cry 5 succeeds in lifting itself beyond the attention-grabbing antics of politics and news stories that grab people’s attention lately. A game which urges you to earn its happiest ending by never firing a single shot? That’s a powerful message and one that is well worth listening to.