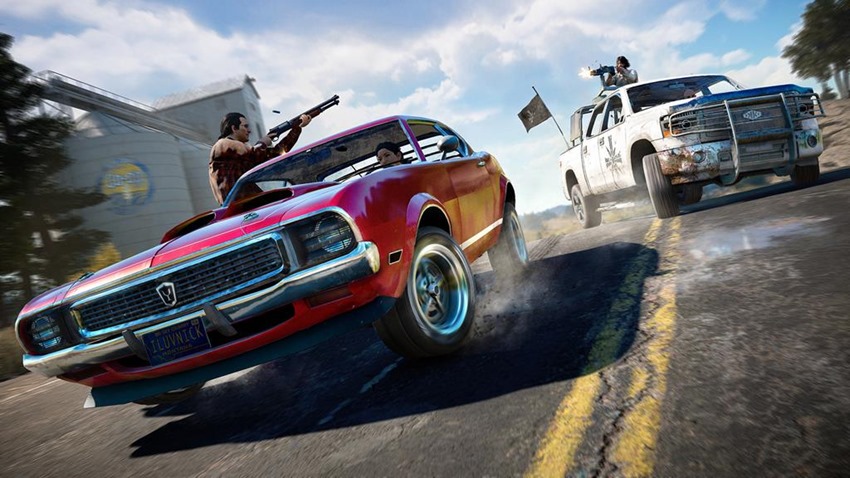 Video game sequels are a double-edged sword when it comes developing them. You’ve got to ensure that enough of the game in question’s DNA is still present so that longtime fans will return, while also splicing enough of those digital helix strands with new traits and characteristics so that newcomers are encouraged to give it a whirl.

That’s the dilemma facing any video game sequel, especially a game like Far Cry 5 which happens to have a particular set of actions embedded within its lineage. And I get that! Far Cry 5 is typically Far Cry in its structure. If you didn’t like previous Far Cry games, then you likely won’t be grabbed by the horns when Joseph Seed and his flock comes a’knockin’ on your front door. The mother-flocker.

It’s Far Cry in its construction, in its grind to earn new skills as you level up and hunt your way through the Montana region of Hope County. Far Cry 5 is well aware of what it has to offer to veterans who expect a certain style of gameplay within its structure. At the same time though, this latest chapter is making an effort to expand on the familiar, to leverage its strengths in new directions. “When you go out into the world, you’re going to be able to go in any direction – that’s a huge change for us,” Far Cry 5 Creative director Dan Hay said to the PS Blog. 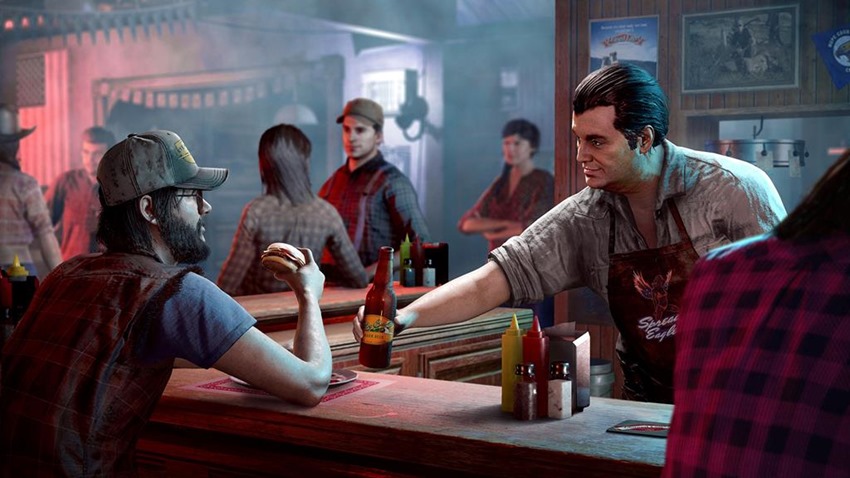 Once you complete the opening of the game and you’ve cleared Dutch’s island – a sort of starting area to get your bearings – you go out into the world and you can do whatever you want. Fish, hunt… ignore major story moments for the time being, don’t do side missions if you don’t want to. We don’t have a prescription for how you’re going to build your story – it will be up to you to choose.

One other idea that’ll further influence the world around you? The reputation that you earn within Far Cry 5, that’ll go towards building your resistance movement and taking the fight to primary antagonist Joseph Seed. “You step into the world where these violent cultists have seized control and you’ve got a single recourse: resist. And that’s what you do, you build a resistance- with an actual Resistance meter – and it means you have almost a reputation within the world that if you do something it has knock-on effects,” Hay explained. 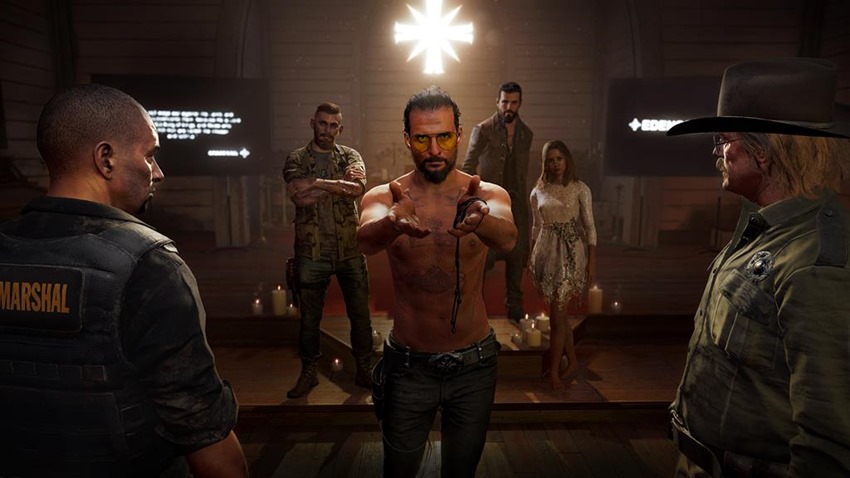 Essentially, we don’t know where you’re going to go or what you’re going to do. So, what we had to do was make sure that everything a player does is building that reputation and Resistance. Let’s say you go to the town of Fall’s End and you decide to take it over – you can – or that you’re going to liberate it, you can do that too, or not. What’s great is that the people of Fall’s End can even liberate themselves based on your actions elsewhere in the world, because the world reacts itself.

Say you dispatch an important cultist that has value, or rescue a hostage, discover a location or maybe find a prepper stash. These types of activities build the resistance and the cult’s response to it. The Resistance meter tells you how you’re doing against the cult and shows you that after a certain amount of time, the cult is going to push back.

Far Cry 5 fights religious fire with firepower on March 27. Amen brother. That arcade mode it comes bundled with doesn’t look too shabby either.