Home Gaming FFD: What games would you force on your worst enemy? 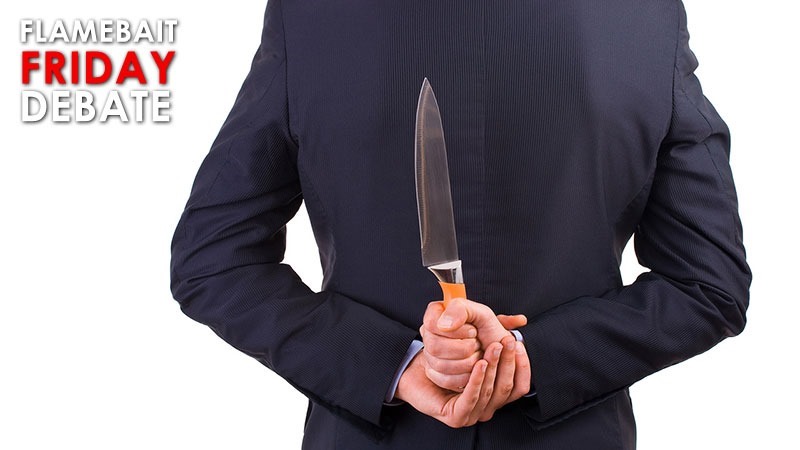 People are jerks. Well, some of them are, anyway. Ok, fine…most of them are. Not the lot of you reading this, obviously. You’re all wonderful. While those of us entrenched in this hobby we love so much are general happy to make recommendations of games we love to our friends, family and acquaintances we don’t wish to see swallowed up by the earth, have you ever considered what games – or bits of games – you wish you could force upon your enemies?

Of course, this could easily be a list of the worst games ever made, but it needs to be a little more interesting than that. The sort of games you’d force the people you don’t like to play would have to border on being genuinely torturous.

Because I’m a complete and utter bastard, I would strap my own enemies down and have them play nothing but modern Sonic the Hedgehog games for the rest of their lives – which I don’t imagine would be long as they’d do their best to swallow their own tongues. Failing that, I’d make them play Duck Hunt, but unplug the guns so they’d have little more but that sniggering dog laughing at them for eternity. Beyond: Two Souls for ever?

Darryn would have his enemies play nothing but the chase sequences for Assassin’s Creed III, repeatedly play any of Peter Molyneux’s games or have them stuck with Paula Deen –  but I think that’s a step too far.

Bring out your inner psychopath, and tell us what games or moments from games you’d have your enemies play for eternity.