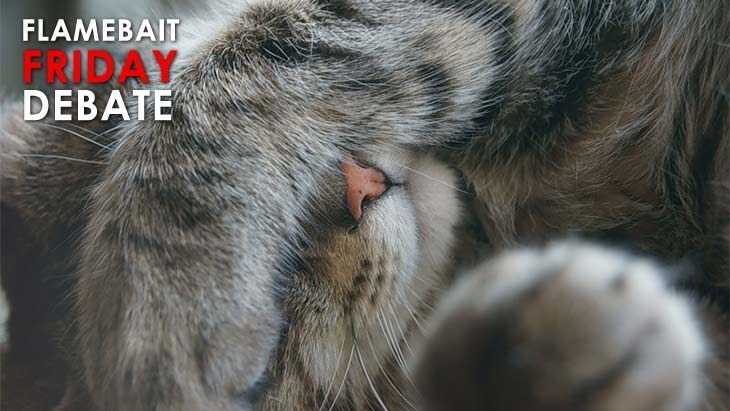 We here at Lazygamer – and I include you, the community in this – are a bunch of well-rounded gamers who enjoy a variety of genres and have vast pools of gaming knowledge acquired over years of gaming. We’re also kind and compassionate souls, who’d never laugh at another gamer for something odd they might enjoy, or a great game they might not have played, right? Right?

Of course not – which is why it’s perfectly fine for you to reveal your secret gaming shame, right here in the comments. My own? I love wrestling games. I always have. though I haven’t seen televised wrestling (or any other wrestling) since the mid90’s, I still love a good WWE game – and I had a blast playing 2K’s first effort with WWE2K13 – though much of that may have to do with all that historical stuff.

Another one? I actually have Flappy Bird on my phone, and I play it when I’m on the bog. That and I also spent hours trying to unlock Sheng Long in Street Fighter II because I didn’t realise it was an elaborate April Fool’s Joke.

Maybe you’re a closeted animal crossing fanatic. Maybe you spend more time playing the Sims than you should. Maybe you’ve never played Half Life 2.  So tell us..what are your dirty little gaming secrets? What gaming shame are you hiding?

What brought this up – and this is unrelated to games – is the recent revelation that Darryn has never watched Fight Club. We’ll never give him grief about that though, right?