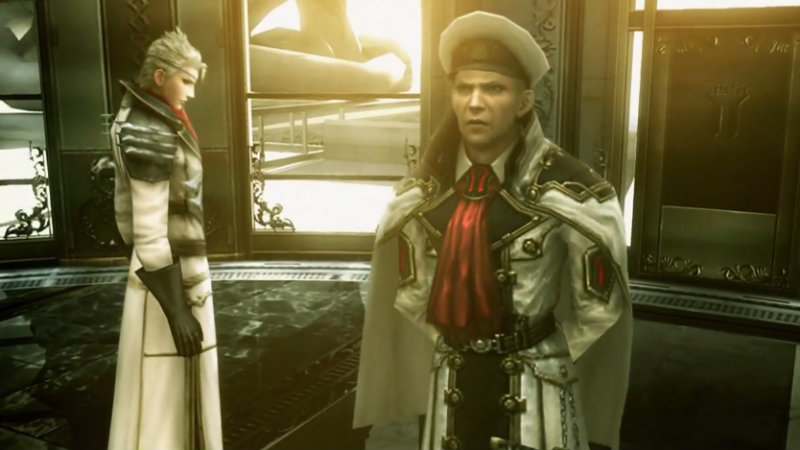 Did you play Final Fantasy Type-0 back on the PSP? First of all, I’m very jealous of you. Second, you will still need to play it again just to take in all this prettiness.

This video shows the difference between playing on PSP and console. It’s not just a slicker coat of paint – they seem to have updated and upgraded all the environments, too.

Or, for the YouTube impaired, here’s a link for you.

I don’t know what it is about that theme music, but as soon as I hear it, I get giddy. I think it was hardwired into me at such a young age to be happy when I hear that Final Fantasy theme, but I just can’t help it – I smiled throughout the video hearing it. Of course, seeing is also believing. I was worried that Type-0 HD might feel like a handheld port, complete with narrow camera angles and a general lack of scale. Instead, the visuals are looking slick and they’ve really done a lot to make the world bigger and better. I’m getting increasingly excited to play the game that I originally just brushed off as filler until Final Fantasy XV is released.

Are you liking the look of the game? It’s promising to be darker and more mature, something that JRPGs need to return to. Will you be picking this up just for the FFXV demo, or are you finally sold on the game itself?