Home Gaming Final Fantasy XIV has how many users? 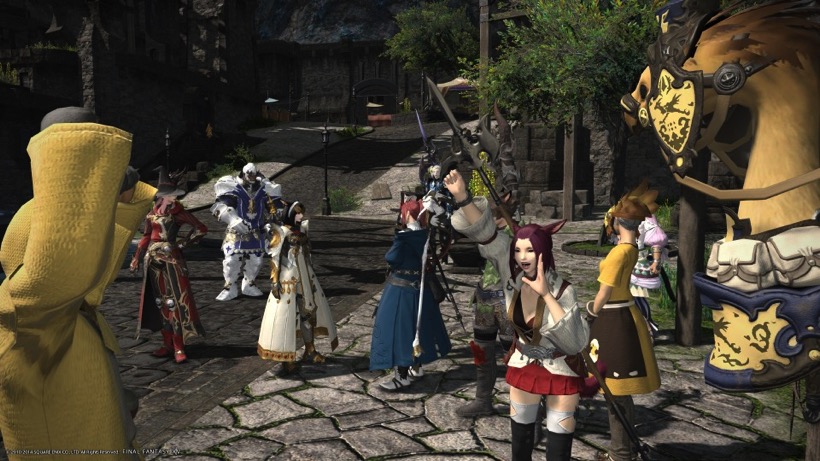 Final Fantasy XIV had a rocky start, but since relaunching as A Realm Reborn, it has garnered an ever growing subscription base and a ton of positive reviews. Most recently, Square Enix released an expansion for the MMO and you can read my mostly glowing praise for it over here. So, how many people are actually playing?

Square Enix has announced that the Final Fantasy MMO now exceeds 5 million registered accounts globally, which excludes those playing the free trial. I certainly found each world to be really full when I played; in fact, I often got notifications that I couldn’t play because the world was full to capacity when I would log in (only to click again and be allowed access). That is definitely quite an impressive number, especially since that’s one million more accounts than were reported back in February. Considering WoW’s declining subscriber case is now sitting at 5.6 million subscribers, those numbers are rapidly converging – could we see Final Fantasy XIV actually overtake the MMO powerhouse?

Of course, there is an important distinction to make. WoW subscriber numbers are the people who are still throwing money at Blizzard every month for the privilege of playing the game. While FFXIV also requires a subscription, I don’t believe that’s the number they’re talking about with the 5 million count; I believe “registered account” includes people like me who have played and have had active subscriptions but might not still be paying to play the game.

Final Fantasy XIV also has it right by working on a variety of platforms. There aren’t many MMOs that can be played on console; just as Neverwinter on Xbox One was a smart move, FFXIV on PS4 and PS3 (plus allowing cross play with PC) is a stroke of genius. Now we just wait and see if the numbers continue to trend in these directions.