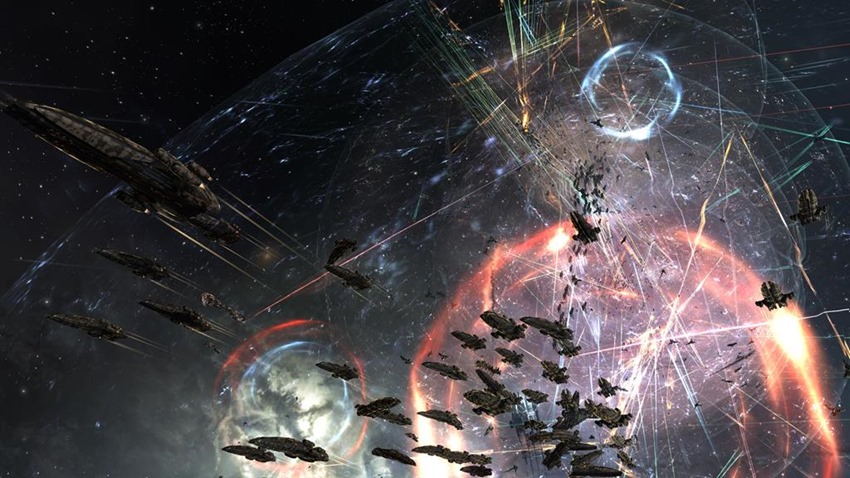 Update: It looks like the Eve Online war to end all wars may have been entirely anti-climatic in the end. According to a report via PCGamesN, a six-hour battle ended with The Imperium retreating and cutting their losses. Losses that apparently equate to around $3300 worth of damage done in the fracas.

For a game which requires an equal focus on solid accounting and exploring space, EVE Online can be massively entertaining when war breaks out. It’s not the actual war that fascinates me, but rather the events leading up to it, the players involved and the numbers thrown at the screen as one of the most active video game communities around regularly betray each other in a harsh game of survival.

Kind of like Game of Thrones, but in space. SPACE!

So what’s the current conflict erupting in EVE Online? Dubbed the Million Dollar Battle over on ResetEra, war broke out when Imperium players attacked the Pandemic Horde Alliance at their Keepstar-Class Citadel. Within EVE Online, Keepstars reign supreme as the largest item that a player can own within that universe. 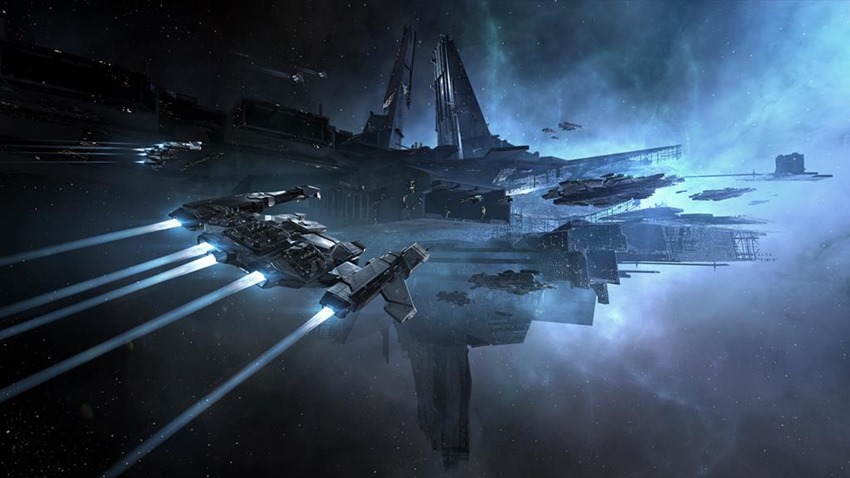 They’re bigger than a book of yo momma jokes and the price for just one of them could buy you several super-capital Titan warships. According to Kotaku, the prelude to the war began when players launched a trio of huge offensives on the Keepstar, that weakened its defenses ahead of a fully-armed invasion by The Imperium (Previously the Clusterf*** Coalition).

The battle so far involves over a million real-world US dollars worth of ships, as thousands of players begin to bombard the Keepstar with enough damage to prevent it from fully repairing itself, at the time of writing this post. What makes this entire conflict truly interesting, is the history behind it. The Imperiumw as previously involved in 2014’s legendary Bloodbath of BR5RB according to the archives, that saw an alliance with Russian factions romp home to victory over the N3 Coalition.

That battle was epic in EVE Online, and led to the in-game destruction of over $300 000 worth of ships by the time the war was over. Even more amazing? According to Reddit lore-keepers, the current battle is the result of gaming gambling controversies, egos being out of control and the fact that history very much does favour the winner of any war, as CSMprogodlegend explained: 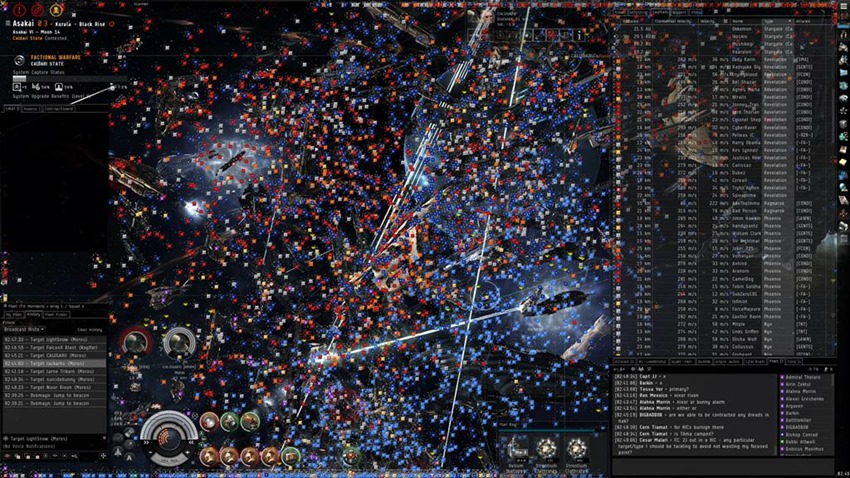 Then, in late 2015, they decided to aim even higher. The Mittani had somehow gotten to know Sci-Fi author Jeff Edwards, and convinced him to write a Sci-Fi book about a war that happened in EVE Online. The Mittani was going to do a $150,000 kickstarter to pay Edward’s fee, and his media machine spun into full action to attempt to raise the money from not just the CFC, but the entire EVE Online community.

There were two problems with this plan though: 1) The CFC was starting to turn on the idea of being constantly harassed for money, and 2) The war he wanted to write about was one that his side won, and The Mittani, famous among EVE players for his ego, was likely going to be the main character. The final straw was when he renamed his gaming organization to ‘The Imperium’, because ClusterF*** Coalition wasn’t advertiser friendly. The events surrounding the failed kickstarter are immortalized in one of /r/eve’s greatest post

The EVE community was ready to revolt, but it took the richest person in EVE Online to get them all together into a cohesive coalition capable of defeating The Imperium/CFC. That person was Lenny, who ran a wildly successful casino website where players could use ISK to play. Bank Rolled with virtually infinite money, the newly formed Moneybadger Coalition absolutely steamrolled the Imperium in a few months, taking every single piece of land they owned.

The Imperium retreated out of their territory, and most of the Moneybadger Coalition was content to let them run away, satisfied that if the Imperium ever threatened again that Lenny would be there to throw money at the problem.Rock Paper Shotgun wrote a good summary of the war. 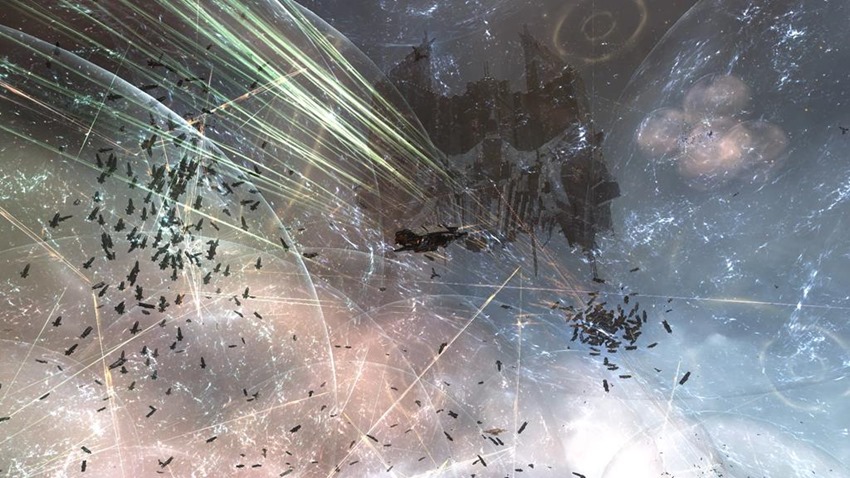 Then, the CS:GO Gambling scandal happened, and the company that makes EVE Online, CCP, became scared that lawsuits could start coming their way if they continued to allow a giant casino website to run using in game money. This was exacerbated by the Imperium publicly whining and complaining about the casino website for weeks, until CCP made an announcement.

The announcement declared that gambling was no longer allowed with ISK, and that they had identified one player who was trading ISK for real life currency against the rules. Though Lenny still denies it and no concrete evidence was ever provided, Lenny was banned from the game and all of his in game assets frozen. Moneybadger’s bank disappeared in a single day.

It was August 2016 by the time the dust settled, nearly 10 months after the failed kickstarter, and the galaxy slid into a semblance of peace. But The Mittani swore revenge (publicly on his twitch channel), and what followed was the game’s greatest arms race, with the Imperium/CFC and the former Moneybadger forces each building massive super capital fleets.

Over the past few months the Imperium has been hinting at a major invasion, even feigning a few attacks north into Moneybadger space. But that time is now over. Suddenly and without warning, the Imperium turned a harmless border skirmish into a full scale invasion, catching the Moneybadger forces with their pants down. Tomorrow is the first decisive battle of this new war, it could potentially dwarf the famous battle from four years ago. 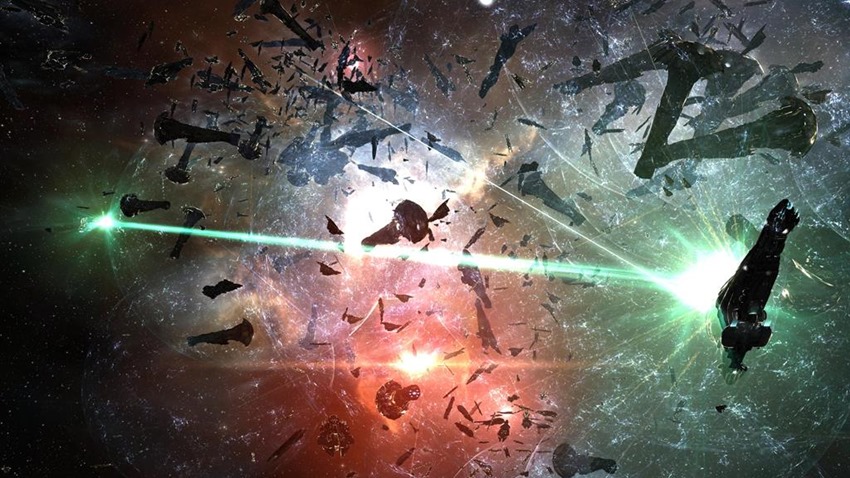 This week’s war is even more intense than that showdown that made its way into the history books, and then some. With thousands participating in the conflict, some very personal scores making their way to the battlefield and so much cash on the line, this is a battle that’ll be felt for years to come when the space-dust has finally settled.